Peroxidases are a class of oxidoreductases produced by microorganisms or plants that can catalyze many reactions. Peroxidase is an enzyme that catalyzes the oxidation of a substrate by hydrogen peroxide as an electron acceptor. It is mainly present in the peroxisome of the carrier. It uses iron porphyrin as a prosthetic group. It can catalyze hydrogen peroxide, oxidize phenols and amines, and hydrocarbon oxidation products. It has the elimination of hydrogen peroxide and phenols and amines. The dual effects of toxicity of aldehydes, aldehydes and benzenes. Peroxidase is a type of oxidoreductase. It is distributed in milk, white blood cells, platelets and other body fluids or cells. The co-group of this enzyme is also heme. H2O2 is an electron acceptor that catalyzes the oxidation of substrates. It catalyzes H2O2 to directly oxidize phenols or amines, such as cereals. Glutathione peroxidase, eosinophil peroxidase, and thyroid peroxidase, etc., have the dual effect of eliminating the toxicity of hydrogen peroxide and phenolic amines. The reaction is as follows: R + H2O2RO + H2O or RH2 + In the clinical diagnosis of H2O2-R + 2H2O to observe the presence or absence of occult blood in stool, it is to use the activity of peroxidase in red blood cells to oxidize benzidine to a blue compound. 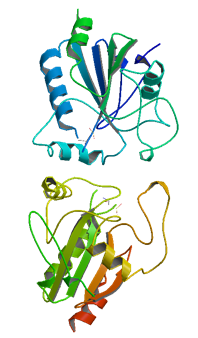 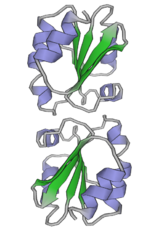 Like thioredoxin, glutathione has an active central disulfide bond. It exists in reduced or oxidized form, where two cysteine residues are linked by intramolecular disulfide bonds. Glutathione toxin acts as an electron carrier in the glutathione-dependent deoxyribonucleotide synthesis of ribonucleotide reductase. In addition, GRX exerts antioxidant defense by reducing dehydroascorbic acid, redox protein, and methionine sulfoxide reductase. In addition to their role in antioxidant defense, bacterial and plant GRX have also been shown to bind iron-sulfur clusters and deliver clusters to enzymes as needed. Glutaraldehyde is oxidized by the substrate and non-enzymatically reduced by glutathione. In contrast to thioredoxin, which is reduced by thioredoxin reductase, there is no oxidoreductase that specifically reduces glutaraldehyde toxin. In contrast, glutathione is reduced by oxidation by glutathione. The oxidized glutathione is then regenerated by glutathione reductase. These components together make up the glutathione system.

1. Atamna H.; et al. Amyloid-beta peptide binds with heme to form a peroxidase: relationship to the cytopathologies of Alzheimer's disease. Proceedings of the National Academy of Sciences of the United States of America. 2006, 103 (9): 3381-6.