Testosterone (Figure 1) is the important male sex hormone and an anabolic steroid. In male humans, testosterone plays an important role in the development of male reproductive tissues such as testis and prostate, and promotes secondary sexual characteristics such as increased muscle and bone mass, as well as body hair growth. Additionally, testosterone is involved in health and well-being, and the prevention of osteoporosis. Insufficient levels of testosterone in men could result in abnormalities together with frailty and bone loss. Testosterone could be a steroid from the androstane category, including keto and hydroxyl groups at the three and seventeen positions respectively. It is biosynthesized in many steps from cholesterol and is converted in the liver to inactive metabolites. It exerts its effects by binding to androgen receptors and activating androgen receptors. In humans and most other vertebrates, testosterone is secreted primarily by the testicles of males and, to a lesser extent, the ovaries of females. On average, testosterone levels are 7 to 8 times higher in adult men than in adult women. As the metabolism of testosterone in males is more pronounced, the daily production is about 20 times greater in men. Females are also more sensitive to the hormone. In addition to its role as a natural hormone, testosterone is used as a medication, for instance in the treatment of low testosterone levels in men, transgender hormone therapy for transgender men, and breast cancer in women. As testosterone levels decline as men age, testosterone is sometimes used in older men to counteract this deficiency. It is also used illicitly to enhance physique and performance, for instance in athletes. 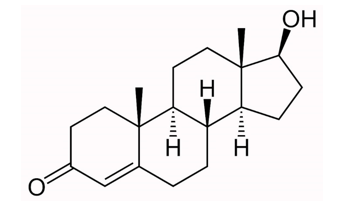 In general, androgens such as testosterone promote protein synthesis and thus promote the growth of tissues with androgen receptors (Figure 2). Testosterone can be described as having virilising and anabolic effects (though these categorical descriptions are somewhat arbitrary, as there is a great deal of mutual overlap between them). Anabolic effects include increased muscle mass and strength, increased bone density and strength, and stimulation of linear growth and skeletal maturity. Androgenic effects include maturation of the sex organs, particularly the penis and the formation of the scrotum in the fetus, and after birth (usually at puberty) a deepening of the voice, growth of facial hair (such as whiskers) and mane (underarms) hair. Many of them belong to the category of male secondary sexuality. Testosterone effects can also be classified by the age of usual occurrence. For postnatal effects in each men and women, these are mainly determined by the level and duration of circulating free testosterone. 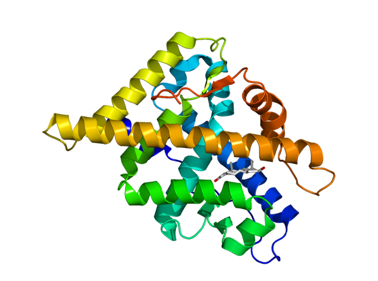 Figure 2. Structure of androgen receptor, protein was shown as ribbon.

Testosterone is used as a medication for the treatment of males with too little or no natural testosterone production, certain forms of breast cancer, and gender dysphoria in transgender men. This is known as hormone replacement therapy (HRT) or testosterone replacement therapy (TRT), which maintains serum testosterone levels in the normal range. As we age, the decline in testosterone production has raised interest in androgen replacement therapy. It is unclear if the use of testosterone for low levels due to aging is beneficial or harmful. Testosterone is included in the World Health Organization's list of essential medicines, which are the most important medications needed in a basic health system. It is available as a generic medication. The price depends on the form of testosterone used. It can be administered as a cream or a transdermal patch by injection into the muscles, as a tablet placed in the cheek or by ingestion applied to the skin. Common side effects of testosterone drugs include male acne, swelling and enlarged breasts. Serious side effects may include liver toxicity, heart disease, and behavioral changes. Women and children who are exposed may develop virilization. It is recommended that individuals with prostate cancer not use the medication. It can cause harm if used during pregnancy or breastfeeding.