There are two components in Y1H system: “DNA baits” and “protein preys”. The Matchmaker Gold System is most common used in Y1H assay which employs the strong selective capacity of Aureobasidin A resistance to screening with extreme low background. In Matchmaker Gold System, the bait DNA sequence is cloned into the pAbAi vector as a single copy or multicopies (usually three copies). Then the reconstructed pBait-AbAi plasmid is transformed into Y1HGold yeast strain and efficiently integrated into the genome by homologous recombination to establish a bait-specific reporter strain. The pAbAi plasmid encodes the biosynthesis gene of wild type URA3 which enables plasmid integrant active in the parent strain, and allows the yeast to grow in the without the presence of uracil. Meanwhile, low recognition of target DNA sequence by yeast endogenous transcription factors also promotes the successful use of Y1H system. The Y1HGold strains for Aureobasidin A resistance need to be tested before the transformation of protein preys (potential DNA-binding proteins).

The prey proteins are expressed as fusion proteins with the yeast GAL4 transcription activation domain (GAL4 AD). The coding sequences of potential DNA-binding proteins are cloned into pGADT7 AD vector, and transcription of GAL4 AD fusion protein is driven by constitutively active ADH1 promoter. Then, the strains with interested promoter integrated genomes would express the prey proteins. GAL4 transcription activation domain sequence and nuclear localization sequence (NLS) in vector are arranged before the cloned potential transcription factor, and the constructed plasmid can be expressed into protein in yeast that localized into nucleus and recognize the promoter of interest.

The Y1H system has shown great power in the field of biological research since it was established in 1993 by Wang and Reed. Application Y1H system has verified a number of known interactions between DNA and proteins and found a variety of new transcription factors. Recently, research about disease diagnosis by Y1H system has been reported. With the development of Y1H system, it will be more and more widely used in scientific research and medical treatment.

Y1H system can recognize the combination between DNA and proteins in a simple experimental procedure, meanwhile directly find the encoding sequence of prey proteins from the gene bank without the separation and purification of proteins. Due to the detected DNA binding protein is under natural conformation from Y1H system, it overcomes the disadvantage of unnatural conformation protein in traditional in vitro studies, thus has a high sensitivity. At present, a variety of Y1H assay kits and corresponding cDNA libraries have been commercialized to provide favorable conditions for the use of Y1H system.

However, there are also disadvantages of Y1H assay. False positive results due to the interactions between the insert target elements and endogenous yeast transcription activation factors, or the activation of report gene transcription does not require transcription factors. False negative results due to the combining capacity of AD fusion protein and target element are interfered. It happens when yeast expression of AD fusion protein has toxicity to cells, or fusion protein can’t be expressed steady or misfolding in host cells, or protein can’t be located in the yeast cell nucleus, as well as the fusion Gal4 AD blocks the binding site of proteins and DNA. 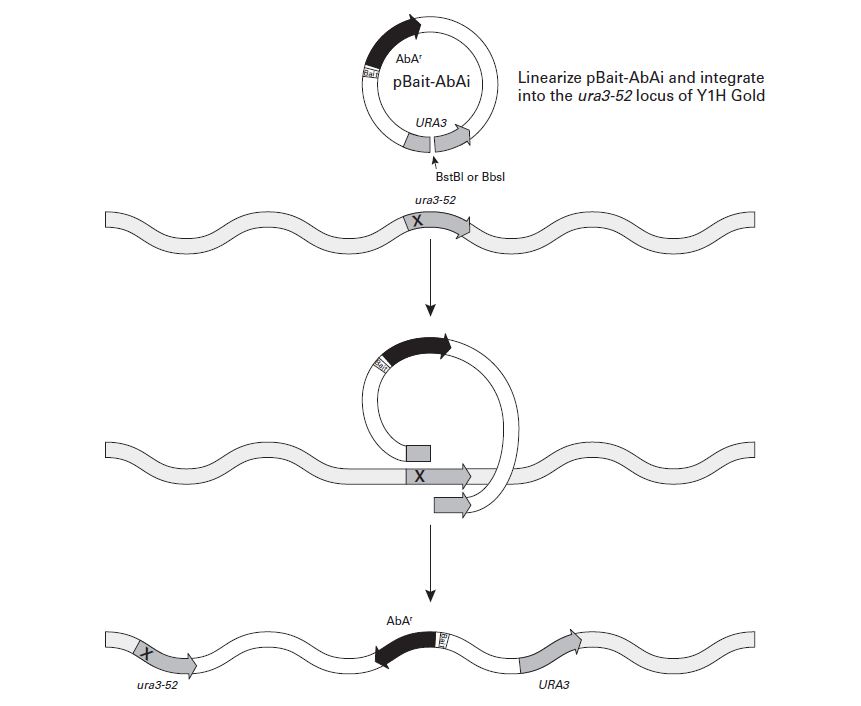 3. Test the background AbA’ expression of the Y1HGold bait strain.

4. Construct and screen a cDNA library by homologous recombination. 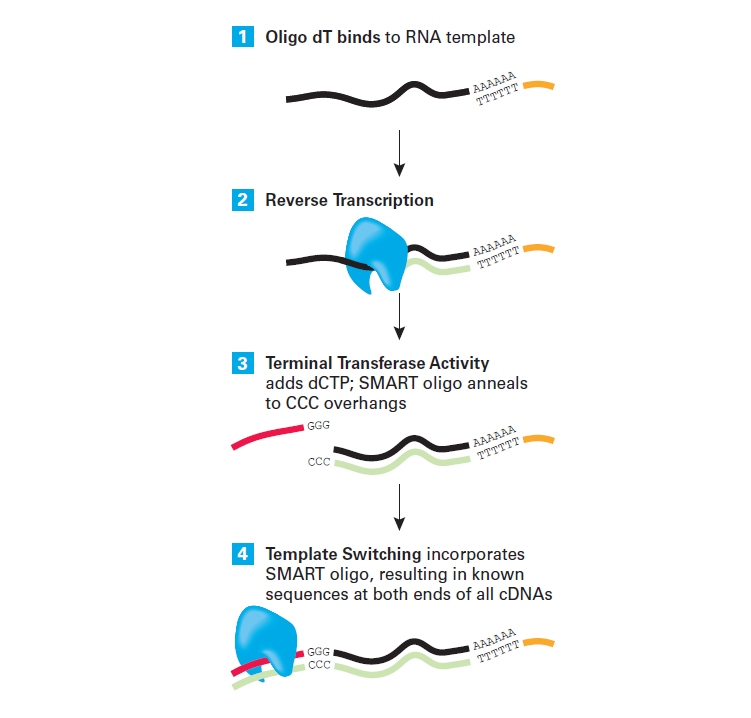 5. Confirm and analysis of results. 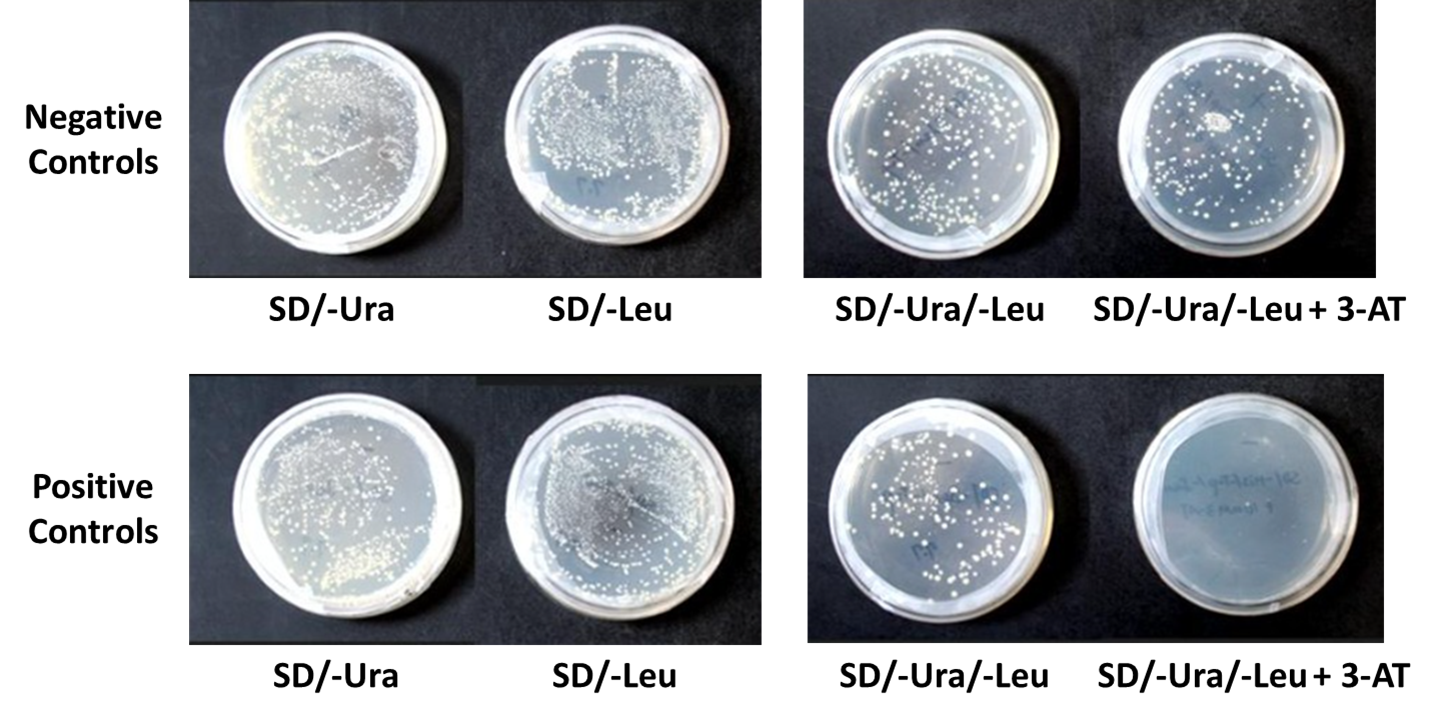 A. Too few positives

B. Too many positives