What is Calcium Binding Proteins?

The protein is a protein with high affinity for calcium ions, with a molecular weight of 25 000 to 28 000, and its composition contains a large amount of dicarboxyl amino acids (ie glutamic acid and aspartic acid) and lysine. One molecule of calcium-binding protein can bind four calcium ions.

Calmodulin is an important component of the cell's second messenger system. It plays a key role in the transmission of Ca signaling system, regulates physiological metabolism and gene expression, and controls the normal growth and development of cells. The role of calmodulin as a second messenger in plant signal transduction has always been a hot spot in the research of plant physiology, cell biology and developmental biology. Ca/CaM is the most conservative signal transduction cascade reaction system in the evolution of organisms. This signaling pathway is widely present in eukaryotic cells and plays a regulatory role in various cellular activities such as stress responses and cell proliferation. The universality and conservatism of this Ca/CaM signaling system. The study of calmodulin can enable us to make better use of its functions to serve human beings.

Reticulum calcium binding protein is a newly discovered low-affinity calcium binding protein located in mammals. It has multiple EF-hand structures and belongs to the CREC family. The CREC family is encoded by five types of genes, RCN1; RCN2; RCN3; SDF4 and CALU, and is expressed in the endoplasmic reticulum and Golgi, including reticulocalbin ERC-55 (ER Ca2+ binding protein of 55kD), Reticulocalbin-3, Cab45 (Ca2+ binding protein of 45kD) and Calumenin protein. Recent studies have pointed out that Calumenin protein has a molecular chaperone role in the endoplasmic reticulum, and plays an important role in the development of calcium circulation, vascular calcification, thrombosis, cell migration, and apoptosis.

Human Calumenin protein is encoded by the CALU gene on chromosome 7q32. Calumenin protein is highest in the heart, placenta, and skeletal muscle, lower in the lungs, kidneys, and pancreas, and the least in the brain and liver. At the cellular level, it is mainly present in the endoplasmic reticulum and Golgi apparatus.

Calumenin protein and calcium circulation endoplasmic reticulum are Ca2+ translocation stations of human body, and are important regulating centers of calcium ion circulation. The endoplasmic reticulum controls the contraction and relaxation of the myocardium by regulating the concentration of free calcium ions in the cardiomyocytes. Calumenin protein can also participate in pathological processes through autocrine and paracrine methods. 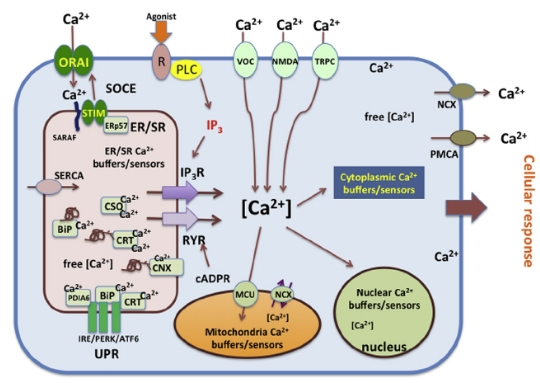 The S100 protein family is a calcium binding protein family with 21 members. The S100 protein exerts a variety of biological functions in the body through the regulation of calcium ions and the interaction with the target protein, in cell proliferation, differentiation, muscle contraction, genes It plays an important role in expression, secretion and apoptosis. 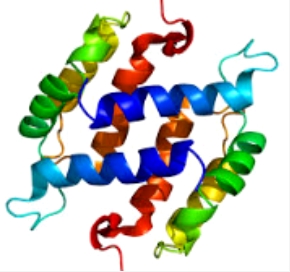 Because it mainly exists in cells, most of them function as intracellular calcium receptor proteins: regulate the phosphorylation of protein kinase C and calmodulin and the synthesis of RNA, thereby regulating the energy metabolism of cells; as normal in cells Ingredients participate in the regulation of calcium levels inside and outside the cell; enhance the activity of ATPase, constitute and maintain the surface of the cell membrane composed of phospholipids, participate in the depolymerization of microtubules and microfilaments; directly act on neurons to play axon elongation factor ) And the role of neurotrophic factor (NTF); animal experimental model studies have found that it also plays an important role in learning and memory.