Cofactors are non-protein compounds that bind to enzymes and are necessary in catalytic reactions. Some molecules, such as the common ions in the hydration part, play quite similar roles and cofactors, but they are not classified as cofactors due to their unlimited content and widespread presence. 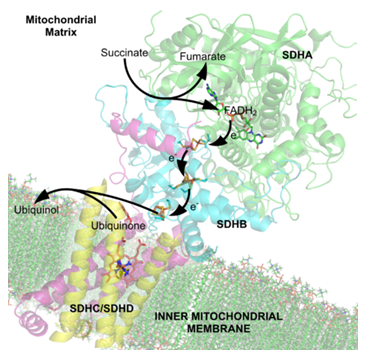 The most important component of red blood cells is hemoglobin, which is a combination of globin and heme. The globin biosynthesis is the same as the general protein. Heme is an iron porphyrin compound, a prosthetic group of hemoglobin, and a prosthetic group of myoglobin, cytochrome, peroxidase, catalase, and the like. Heme involved in the synthesis of hemoglobin is mainly synthesized in the juvenile red blood cells and reticulocytes of the bone marrow. 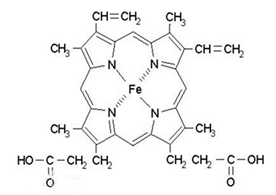 Redox Reaction of Nicotinamide Adenine Dinucleotide. Metabolism involves a variety of chemical reactions, but most of them fall into several basic types of reactions involving functional group transfer. This common chemical reaction allows cells to carry chemical groups between different reactions using a small number of metabolic intermediates. These group transfer intermediates are loosely bound organic cofactors, often called coenzymes. Each type of group transfer reaction is performed by a specific cofactor, which is a substrate for a group of enzymes that produce it and a group of enzymes that consume it. An example of this is a dehydrogenase using nicotinamide adenine dinucleotide (NAD+) as a cofactor. Here, hundreds of different types of enzymes remove electrons from their substrates and reduce NAD + to NADH. This reduced cofactor is then a substrate for any reductase in the cell that needs to electronically reduce its substrate. Therefore, these cofactors are continuously recycled as part of the metabolism. For example, the total amount of ATP in the human body is about 0.1 mole. This ATP is continuously broken down into ADP and then converted back to ATP. Therefore, the total amount of ATP+ ADP remains fairly constant at any given time. The energy consumed by human cells requires the hydrolysis of 100 to 150 moles of ATP, about 50 to 75 kilograms per day. Humans typically consume ATP body weight in a day. This means that each ATP molecule is recovered 1000 to 1500 times per day. 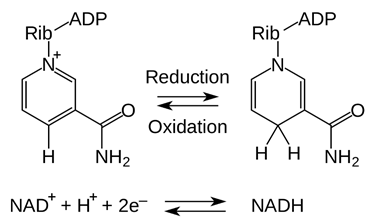