Cyclin is a family of proteins that regulate the cell cycle by cyclin-dependent kinases. Proteins that rise and fall in tandem with the cell cycle of eukaryotic cells, first isolated from sea urchin embryos, are relative molecular mass 50,000 proteins. A large family, including: periodic proteins A, B, D, E, G, and H. They bind to key protein kinases (cyclin-dependent kinases, CDKs) and regulate their enzymatic activity, helping to advance and coordinate cell cycle progression.

The structure of cyclins is shown in the figure below, and the primary structure is usually not the same. Cyclin contains two similar domains, the first at the N-terminus and the second at the C-terminus. The tertiary structure of two tight domains of five alpha helices. The first is a conserved cyclin cassette in which cyclones converge outside the cell. For example, the amino terminal region of S and M cyclins comprises a short lock box motif that targets proteolysis in mitosis. 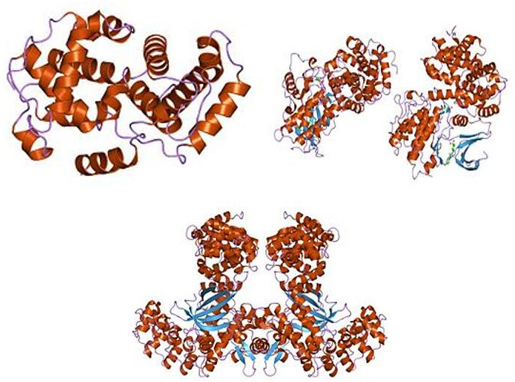 The G2/M phase is mainly regulated by CDK1 kinase, which is composed of CDK1 kinase, MPF, or P34cdc2 protein and cyclin B. The CDK1 protein itself does not have protein kinase activity. When the cyclin A/B content accumulated to a certain value, the two combined into a complex, CDK1 binding to cyclin phosphorylates Thr14 and Tyr15 by Wee1, and phosphorylates Thr161 by CDK-activated kinase. In the M phase, the activity of Wee1 is decreased, and cdc25 dephosphorylates Thr14 and Tyr15 of CDK1, and its kinase activity is expressed. In the G2/M phase, cyclin A and cyclin B bind to CDK1, and CDK1 phosphorylates the substrate protein. For example, phosphorylation of histone H1 leads to chromosome condensation, and phosphorylation of laminin causes the nuclear membrane to disintegrate. In the M phase, when the MPF activity reaches its maximum, the late-promoting factor APC is activated, and ubiquitin is ligated to cycli A and cyclin B. By polyubiquitination, they are degraded by the proteasome to complete a cell cycle.

Cyclin-dependent protein kinases are a group of serine/threonine protein kinases. CDK drives the cell cycle through the chemical action of serine/threonine proteins. Synergistic with the cyclin cyclin is important in cell cycle regulation. factor. CDK can form a heterodimer with cyclin, in which CDK is a catalytic subunit, cyclin is a regulatory subunit, and different cyclin-CDK complexes catalyze phosphorylation of different substrates by CDK activity, thereby achieving different cell cycle times. The promotion and transformation of the phase. The activity of CDK is dependent on the sequential expression of its positive regulatory subunit cyclin and its concentration of negative regulatory subunit CKI (cyclin dependent kinase inhibitor, CDK inhibitor). At the same time, CDK activity is also regulated by phosphorylation and dephosphorylation, as well as oncogenes and tumor suppressor genes. 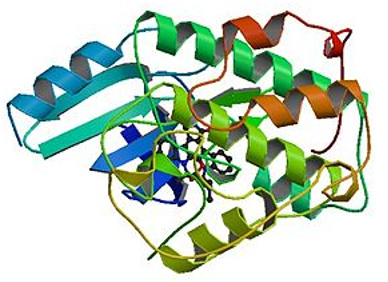 Scientists have discovered that several types of regulatory factors play an important role in the cell cycle. One type is a cell growth factor that regulates cell division and proliferation. For example, the second type of cell cycle regulator, also known as endogenous regulator, is a self-synthesized protein in cells. The prelude to the cell cycle regulation mechanism has been opened. Scientists are studying the relationship between cell cycle and oncogenes, tumor suppressor genes, growth factors, and cell proliferation and differentiation from different perspectives. I believe that through hard work, we can finally find the magic to control the cell cycle. "switch". In the treatment of cancer, we can also use the principle of cell cycle to prescribe the right medicine. If G0 cells are not sensitive to chemotherapy, they often become the root cause of cancer recurrence in the future. Therefore, it can be tried to induce G0 phase cancer cells to enter the proliferative cycle and then kill. This is a question of theoretical and practical significance in exploration.