Germ cells (also known as gametes) are a collective term for cells that can multiply in multicellular organisms (including haploids). From primitive germ cells to final differentiated germ cells (sperm and egg cells) is a cell that contains sex chromosomes. This term was introduced by A. Engler and K. Planter in 1897 to distinguish it from somatic cells. Somatic cells eventually die, and only germ cells have the chance to survive into the next generation. Species rely mainly on germ cells for continuation and reproduction. Long-term natural selection allows each organism's structure to provide the best conditions for the survival of its germ cells. 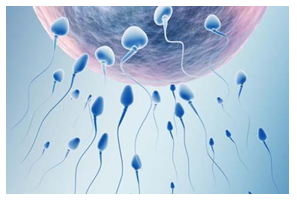 Germ cells can be divided into two types: spores and gametes:

Germ cells that do not need to cooperate, are usually asexual, can be produced by meiosis or mitosis, and are found in the sporozoites and plants in protozoa. 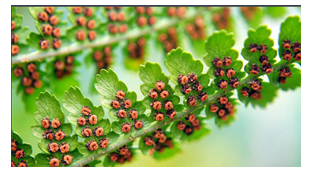 It is a germ cell that can develop after mating to a zygote, also known as a sex cell. It is produced by meiosis or mitosis. Gamete-producing cells are called gametoblasts. These are undifferentiated primitive germ cells that can differentiate into sperm and eggs in the male or female gonads, respectively. In lower plants, gametoblasts, in most cases, directly constitute a sex organ called the gametocyst. For example, in the original plant (Thallophyte), the homomorphic gamete sac produces homomorphic gametes; the heteromorphic gamete sac produces heteromorphic gametes.

Gamete development, the development of diploid germ cells of each species into haploid eggs or sperm development (eg, oogenesis and spermatogenesis, respectively) are different, but the overall stages are similar. Oogenesis and spermatogenesis have many common characteristics, they all involve meiosis, etc. Spermatogenesis has equal meiotic divisions, resulting in the formation of four equivalent sperm, while egg-sourced meiosis is asymmetric: only one egg is formed with three polar bodies. Different maturation times: oocyte meiosis is interrupted at one or more stages (long periods), while spermatogenic cells undergo rapid and uninterrupted meiosis.

Mammalian spermatogenesis is representative of most animals. In human men, spermatogenesis occurs in puberty in the testicular seminiferous tubules and continues. Spermatogonial cells are immature germ cells. They continually proliferate into seminiferous tubules by mitosis around the outer edge, next to the basal layer. Some of these cells stop proliferating and differentiate into primary spermatocytes. After their first meiotic division, they produced two secondary spermatocytes. Two secondary spermatocytes undergo a second meiosis to form four haploid sperm. These sperm are morphologically differentiated into spermatozoa through nuclear enrichment, cytoplasmic excretion, and the formation of acrosomes and flagella. Developing male germ cells do not complete cytokinesis during spermatogenesis. Thus, the cytoplasmic bridge ensures the connection between clones of differentiated daughter cells to form syncytia. In this way, haploid cells are provided with all the products of the complete diploid genome. For example, sperm carrying the Y chromosome are provided with the necessary molecules encoded by genes on the X chromosome.

Germ cell tumors are a rare type of cancer that can affect people of all ages. As of 2018, germ cell tumors account for 3% of all cancers in children and adolescents aged 0-19. Germ cell tumors are usually located in the gonads, but may also appear in the abdomen, pelvis, mediastinum, or brain. Germ cells that migrate to the gonads may not reach their intended destination, and tumors can grow anywhere they eventually arrive, but the exact cause is still unknown. These tumors can be benign or malignant. Advent of gonads, mouse models of primordial germ cells that do not correctly distinguish ovaries or testes that can produce germ cell tumors. 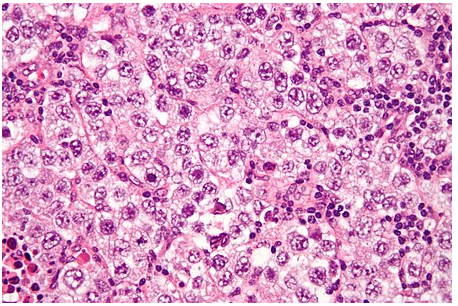 Figure 3. Micrograph of a seminoma, a common germ cell tumor.

1. Whittle CA.; et al. Causes and evolutionary consequences of primordial germ-cell specification mode in metazoans. Proceedings of the National Academy of Sciences of the United States of America. 2017.114 (23): 5784-5791.