The main sources of osteoblasts are bone, periosteum, bone marrow and extra bone tissue. And human embryo skull or newborn animal skull is a common source of osteoblasts. 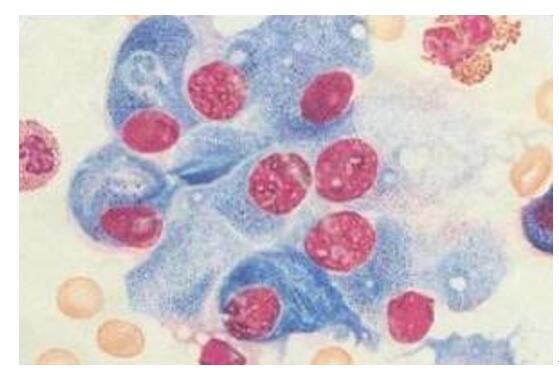 The vitamin D receptor (VDR), also known as the calcitriol receptor and also known as NR1I1 (nuclear receptor subfamily 1, group I, member 1), could be a member of the nuclear receptor family of transcription factors. Calcitriol, the active type of vitamin D, binds to VDR, which forms a heterodimer with the retinoid-X receptor. It then binds to a hormone response element on the DNA, leading to expression or transrepression of a particular gene product. The VDR not only regulates transcriptional responses but also involved in microRNA-directed post transcriptional mechanisms. In humans, the vitamin D receptor is encoded by the VDR gene.

TGF-β is an important local factor of bone metabolism, which can stimulate the proliferation and differentiation of a variety of bone tissue cells. TGF-β is an inactive macromolecular complex in the early stage of synthesis, and there is a large amount of inactive TGF-β in the bone matrix., when the pH is reduced or plasmin and cathepsin are activated, inactive TGF-β can be activated to regulate the formation of new bone in the bone resorption zone. TGF-β stimulates DNA synthesis and cell proliferation in non-transformed osteoblasts.