What is breast cancer?

Breast cancer is the most prevalent type of cancer among women worldwide, representing 25% (1.7 million) of new cases and 15% (more than 0.5 million) of deaths from all cancers, it is also the leading cause of cancer death over 100 countries. In the past few decades, the incidence of breast cancer in most transition countries has been rising, especially in Asia, South America, and Africa. Generally, the prognosis of early-stage breast cancer is good and the overall 5-year survival rate is higher than 90%.However, the prognosis of advanced breast cancer is poor and the overall 5-year survival rate is only about 20% if diagnosed at a late stage when the malignant cells have already spread to other organs. Therefore, early detection or screening for breast cancer is important to improve the general prognosis of this disease.

Breast cancer originate in the breast tissue, which is comprised of the glands, or lobules, the ducts that joins the lobules to the nipple, and connective, fatty, and lymphatic tissues. Based on the immuno histochemical classification of hormone receptor status in the cancerous breast cells, there are 4 major groups of breast cancers: endocrine receptor (estrogen or progesterone receptor) positive ( BRER), human epidermal growth factor receptor 2 (HER2) positive (BRHR), triple positive (estrogen, progesterone and HER2 receptor positive) ( BRTP) and triple negative (absence of estrogen, progesterone and HER2 receptors) ( BRTN). 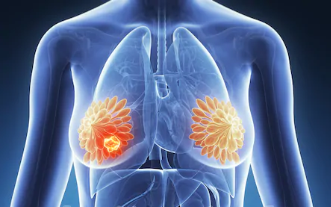 Early biomarkers for breast cancer are useful as a means of increasing breast cancer survival. Immunohistochemical testing of tumor samples for estrogen receptor(ER), progesterone receptor (PR) and human epidermal growth factor receptor 2 (HER 2) is a common method which is widely used. Serum antigens and autoantibody profiling is another approach for early detection and diagnosis of breast cancer.

ER is the most important and prevalent biomarker for breast cancer classification. It was first identified in the 1960s and used in breast cancer clinical management since mid-1970s as a primary indicator of endocrine responsiveness and a prognostic factor for early recurrence. ER positive tumors comprise up to 75% of all breast cancer patients, and constitute 65% and 80%, respectively, patients under and above 50 years. ER positive tumors are largely well-differentiated, less aggressive, and associated with better outcome after surgery than ER-negative ones. It has been considered as the most powerful single predictive factor identified in breast cancer, and plays crucial roles in breast carcinogenesis, it’s inhibition forms is the mainstay of breast cancer endocrine therapy.

The expression of the PR is strongly dependent on the presence of ER. Tumors expressing PR but not the ER are uncommon, and PR positive tumors are hardly ER negative, i.e., 0.2% to 10% depending on the detection methods. Thus, strong PR positivity in an ER negative case may indicate a false discovery on ER negativity, which is commonly encountered in routine practice, For this reason, tumors with PR expression lacking ER expression should undergo a retesting of their ER status to eliminate false ER negativity. So joint ER, PR assessment differentiates breast cancer variants better than using either one alone.

The oncogene HER2 was first identified to be an indicator of patient's prognosis. In cases of HER2 being overexpressed (HER2 positive), breast cancer patients are more likely to suffer from relapse and tend to have a shorter overall survival. Amplification of the HER2 gene and RNA/protein overexpression correlate strongly. Through the development of the monoclonal antibody trastuzumab, which is targeted at HER2, the amplification status of HER2 became also a highly predictive biomarker. Overexpression and amplification of HER2 can be detected in about 15% of all primary breast cancers, and this group of patients benefit significantly from anti-HER2 therapies.

The most widely used proliferation marker in breast cancer is KI67, which is predominantly present in cycling cells. Ki67 is a nuclear non-histone protein and was named after the researcher's location. It has been used to predict the neoadjuvant response or outcome from adjuvant chemotherapy (endocrine therapy for ER positive tumors) for breast cancer. It has also been used in combination with other markers in breast cancer to provide prognostic and predictive values.

Topoisomerase II alpha (TOP2A) catalyzes the breakage and reunion of double-stranded DNA, and thus leads to relaxation of DNA supercoils. It plays crucial roles in a number of fundamental nuclear processes including DNA replication, transcription, chromosome structure, condensation and segregation, thus heavily affects cell proliferation. TOP2A expression is found correlated with that of KI67. TOP2A aberration is frequently found in HER2-amplified breast cancer, accounting for approximately 30%-90% of such tumors. It has been suggested as a potential biomarker of breast cancer.