Living organisms are products of repeated cell growth and division. In this process called the cell cycle, a cell replicates its content and then splits it into two. The purpose of the cell cycle is to accurately replicate the DNA of each organism and then distribute the cells and their contents equally between the two produced cells. In eukaryotes, the cell cycle consists of four main phases: G0/G1、S、G2 and M. Compared to the eukaryotic cell cycle, the prokaryotic cell cycle (called binary fission) is relatively simple and rapid: the chromosome replicates from the origin of replication, assembles a new membrane, the cell wall forms a septum, and divides the cell into two.

The cell volume is gradually increased to produce RNA (including tRNA, mRNA, rRNA, ribosome, etc.). The synthesis of RNA leads to the formation of structural and enzymatic proteins, which in turn control the metabolic activities that form new cellular components. G1 is further divided into two stages: G1 early and G1 late; cells synthesize various RNAs and proteins unique to G1 in the early G1 phase, and convert to some of the required DNA replication in the late G to S phase. Body and enzyme molecules, including thymidine kinase, thymidine kinase, deoxythymidine nucleotide synthetase, etc., especially DNA polymerase, are dramatically increased. The increase in the activity of these enzymes is an indispensable condition for the full utilization of nucleic acid substrates to synthesize DNA in the S phase.

The regulation of the cell cycle is mainly achieved by the retention of the G1 phase, and the G0 phase refers to the state in which the cells are in a state of retention. The cells are divided into two by the M phase, and some can continue to divide for the cycle, and some are transferred to the G0 phase. The G0 phase is a phase that temporarily stops the division from the cell cycle. However, under certain stimulation, it can enter the cycle (Fig. 1) to synthesize DNA and divide. The G0 phase is characterized by: 1 in the unstimulated G0 cells, the potential for DNA synthesis and cell division still exists; 2 when G0 cells are stimulated to proliferate, they can synthesize DNA and undergo cell division.

At this stage, DNA synthesis and synthesis of histones related to DNA assembly and chromatin formation are completed. The DNA content doubled during this period. At the end of the S phase, each chromosome is replicated into two chromatids. S phase cells contain a factor that induces DNA synthesis. Cell fusion experiments have shown that G1 cells can accelerate the initiation of DNA replication in the nucleus after fusion with S phase cells. The base composition of DNA replicated at different stages of S phase is different. The early replicated DNA is rich in G-C bases, and the late-replicated DNA is rich in A-T bases, ie, the often chromatin replicates earlier than the heterochromatin.

After DNA is replicated in the S phase, the cells enter a growth phase called G2. During this time, the necessary mitotic proteins are produced and the cells are again affected by the regulatory mechanisms to ensure proper entry into the proliferative mitotic (M) phase. This shift from G2 to M involves multiple mechanical checkpoints and has a common binding factor for cyclin-Cdk activity. Similar to the S phase, G2 experienced a DNA damage checkpoint. The cells were again examined for DNA damage sites or incomplete replication, and then ATR and ATM kinases were recruited to the site of injury. Activation of Chk1 and Chk2 and activation of p53 can also transpire, thereby inducing cell cycle arrest and stopping progression to mitosis. Another component of the S phase, the pre-replication complex, must be inactivated by phosphorylation of cyclin B-Cdk1. 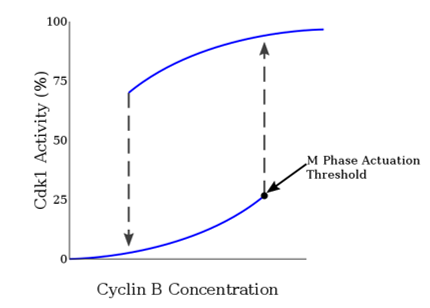 The period of mitosis is a period of rapid changes in cell morphological structure, including a series of nuclear changes, chromatin condensation, the appearance of the spindle, and the process of accurately and equally dividing the chromosomes into two daughter cells, so that the cells after division are maintained. Genetic consistency. The M phase is divided into pre-, mid-, late- and late-stage (see mitosis). Although the M phase is the most significant period of morphological changes, its respiration is reduced, protein synthesis is significantly reduced, and RNA synthesis and other metabolic turnover are stopped. This is because the energy and other basic substances required for mitosis are synthesized in the interphase.