Morphogenesis is the formation of tissues, organs, and entire organisms during development. In addition, morphogenesis also exists in mature organisms and tumor tissues. It is associated with cell movement, shape changes, spatial distribution, differential growth, and apoptosis. Morphogenesis, cell growth and cell differentiation are three basic aspects of developmental biology. Morphogenesis is responsible for tissue organization and physiology, and mutations in morphogenesis may cause many human congenital anomalies. The morphogenesis process may be affected and regulated by cytokines, environmental chemicals, radionuclides, and mechanical stress. There are molecules that play important roles in morphogenesis, such as growth factors, morphogens, and transcription factors. A morphogen is a molecule that regulates cell differentiation decisions that bind to specific receptors in a concentration-dependent mechanism. Transcription factor proteins can interact with DNA to regulate the expression of these genes, thereby forming a regulatory cascade, which affects cell viability and determines the fate of cells. Studies have shown that the signaling pathways Wnt, hedgehog and ephrins are involved in the morphogenesis process. 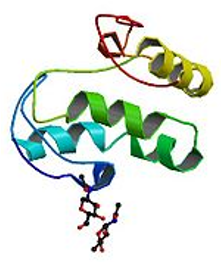 Plant morphogenesis is the process of the origin, development, and construction of a plant's external shape and internal structure. Higher plants are a class of highly evolved biological organisms. Due to the differentiation of plants, various specialized functions and structures are displayed. For example, various organs are differentiated on the outside, and various types of cells that can perform different functions are formed on the inside. Organization and organizational systems. Although various parts of the plant body can have different growth rates and different structural characteristics, their differentiation and growth do not occur in isolation, but are closely intertwined and interact. Plants do not stay in a fixed form forever, but always change rapidly. In addition, during the normal development of the plant, when it is disturbed by some external factors, it often has the ability to return to its original normal state, that is, the ability to grow into a shape similar to the original through morphogenesis, so that the plant can maintain "As is". Therefore, to study the morphogenesis of plants, we must not only explain the interrelationships in normal development, but also explore this constantly changing process, and how to return to the original morphology when development is disturbed, or whether there can be promotion for a part.

Bone morphogenetic proteins (BMPs), also known as bone morphogenetic proteins, are a group of highly conserved functional proteins with similar structures, belonging to the TGF-β family. BMP can stimulate DNA synthesis and cell replication, thereby promoting the directional differentiation of mesenchymal cells into osteoblasts. It is also the main factor that induces bone and cartilage formation in vivo and is expressed during limb growth, endochondral ossification, early fractures, and cartilage repair, and plays an important role in embryo development and regeneration and repair of bones. Today, the BMP family has 43 members, which are widely present in the tissues of embryos, blood cells, kidneys, and spleen of pigs, cattle, sheep, rabbits, mice, and humans, and have high homology among different species. BMP not only participates in the regulation of bones, but also plays a role in the development of fat, kidneys, liver, bones and nervous system. 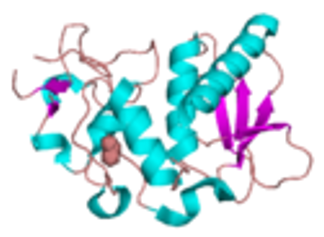 After being secreted, BMP can not only bind to extracellular matrix and soluble antagonists, but also interact with protein receptors on the surface of various cell membranes. Not only does it have unique structural and physicochemical properties that are different from other bone growth factors, but also the gene location and osteogenesis mechanisms of different members of its family are different. BMP mainly works by relying on two signaling pathways, namely the Smad pathway and the p38-MAPK pathway, and the signal transduction process is controlled by four levels of regulation: extracellular antagonists, membrane receptors, cytoplasmic microenvironment and transcription levels. In terms of treatment, BMP can not only mediate osteogenesis alone, but also can be mixed with other bone growth factors, thereby enhancing its curative effect. A common defect of bone growth factor is that it has a short half-life and is easily degraded in the body. Therefore, slow-release technology is often used for local application to delay its decay.