Ubiquitin ligase, also known as E3 ubiquitin ligase, is an enzyme that binds a ubiquitin molecule to a certain lysine of a protein of interest. Ubiquitination is a post-translational modification of proteins required for many cellular processes, including proteasomal degradation of proteins, cell cycle progression, transcriptional regulation, DNA repair, and signal transduction. Ubiquitin is covalently linked to the ε-amino group of lysine via its C-terminus, or (rarely) covalently linked to the N-terminus of the protein to form an isopeptide bond. Ubiquitination requires the sequential action of three enzymes. E1 or ubiquitin activating enzyme catalyzes the activation of ATP-dependent ubiquitin and forms a thioester bond between the C-terminal of A-ubiquitin and the cysteine catalyzed on E1. The ubiquitin is then transferred to the catalytic cysteine of one of ~40 E2s (ubiquitin-binding enzymes) and transferred to the substrate by E3 (ubiquitin ligase). E3 is the most heterogeneous class of enzymes in the ubiquitination pathway (more than 600 E3 in humans) because they mediate substrate specificity. At present, E3 ligase can be divided into three main types according to the existence of the characteristic domain and the mechanism of ubiquitin transfer to the substrate protein. 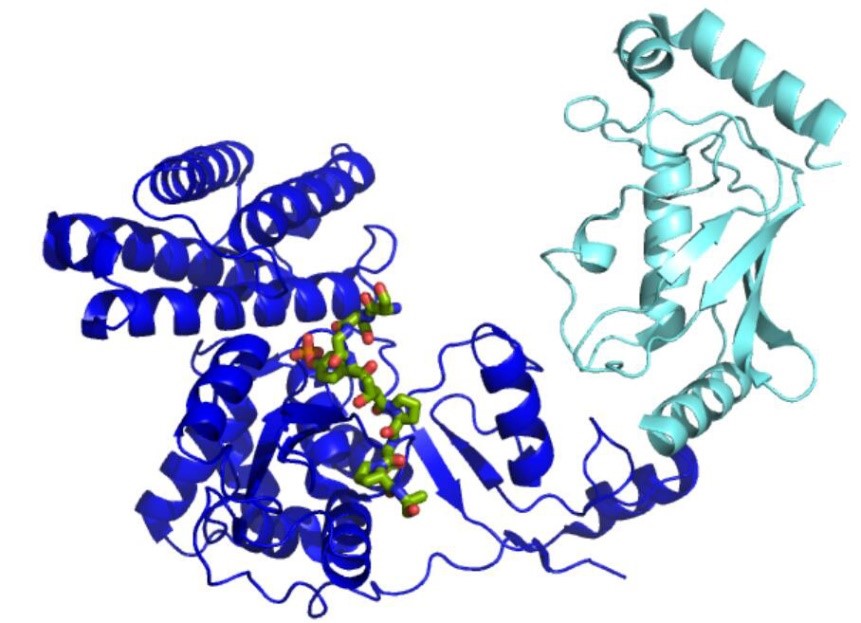 Ubiquitin ligase is the third enzyme in the protein ubiquitination pathway (E3). The first two enzymes are ubiquitin activating enzyme (E1) and ubiquitin cross-linking enzyme (E2). The ubiquitin ligase E3 is divided into the HECT (homologous to E6APC terminus) family and the RING-finger family. The former also has the HECT domain, in which the conserved Cys residue can form a thioester bond with the ubiquitin carried by E2, E2 will first Ubiquitin is passed to E3, which is then presented to the substrate by E3. The E3 of the RING-finger family contains a similar E2 binding domain, which acts as a bridge to transfer activated ubiquitin from E2 directly to the target protein, which itself does not interact with ubiquitin.

Some RING E3 consist of multiple subunits, such as cullin-RING ligase (CRL). CRLs are a highly diverse class of ubiquitin ligases characterized by several common features. They are assembled on a cullin scaffold with a RING-box protein at its N-terminus, an adaptor protein and a substrate receptor (responsible for substrate specificity) at its C-terminus. Another important multi-subunit E3 is the late-stage complex/loop (APC/C), which is a large assembly of 19 subunits, including a RING subunit (Apc11) and a subtilis-like subunit (Apc2). RING E3 can be regulated in a variety of ways, including glycosylation, phosphorylation, and interaction with small molecules. 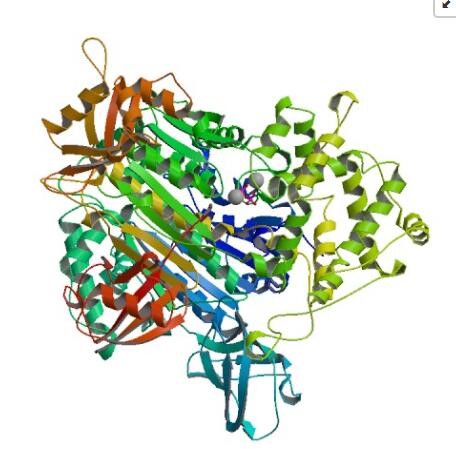 The E3 ligase of the HECT (homologous to the carboxy-terminal end of E6AP) domain family catalyzes the transfer of ubiquitin to substrate proteins by a two-step reaction: Ubiquitin is first transferred to the catalytic cysteine ​​on E3 and then transferred from E3 to the substrate. The conserved HECT domain is located at the C-terminus of the protein and is characterized by a bilobal structure: the N-terminal leaf and the ubiquitinated E2, while the C-terminal leaf contains a catalytic cysteine; the two lobes are made of a flexible hinge Binding, the hinge allows the relative orientation of the lobes to be altered during ubiquitin transfer. Although the C-terminal HECT domain is involved in catalysis, substrate specificity is determined by the N-terminal portion of the ligase. According to the N-terminal extension of human NECT, it can be divided into three subfamilies: (1) the Nedd4 family, which contains the tryptophan-tryptophan (WW) motif; and (2) the HERC (HECT and RCC1-like domains). Family, a modulator of one or more chromosomal concentration 1 (RCC1) class domains (RLD), and (3) "other" HECTs containing various domains. The catalytic activity of HECTE3 is typically regulated by intramolecular interactions, allowing the protein to remain self-inhibiting and released in response to various signals.

In analogy with HECT E3s, RBR (RING-betweenRING-RING) E3s catalyze ubiquitin transfer through a two-step reaction where ubiquitin is frst transferred to a catalytic cysteine on the E3 and then to the substrate. The RBR name derives from the presence of two predicted RING domains (RING1 and RING2) separated by an in-between-RING domain (IBR). RING1 recruits the ubiquitin-charged E2, and RING2 domain possesses a catalytic cysteine; however, it does not conform to the canonical RING E3 structure, and it has been also called Rcat (required-for-catalysis) domain. The IBR domain adopts the same fold as the RING2 (or Rcat) domain while lacking the catalytic cysteine residue; therefore, it has been also called a BRcat (benign-catalytic) domain. RBR E3 ligases contain additional domains that are specifc to each member. Several domains are involved in intramolecular interactions that keep the protein in an autoinhibited state. Autoinhibition is released through various mechanisms, such as phosphorylation or protein-protein interactions.