Cancer has long been recognized as a multi-step process which involves not only genetic changes conferring growth advantage but also factors which disrupt regulation of growth and differentiation as well as lead to altered expression patterns, modifications in protein structures and functions. In biochemical levels, cancer is contributed to by several groups of protein which work in malfunction or lose their normal ability in the human body. In the early stages, cancer causes no symptoms in the patients but the precancerous changes in a patient’s sera are detectable. The variation of tumor-associated antigens and their autoantibody appearance is the early signal for tumor development. It is possible that some of these factors could be identified and their functions evaluated with the aid of autoantibodies arising during tumorigenesis.

In addition, these autoantibodies have been detected in sera from patients with cancer, and significant advances have been made in the identification of their target antigens, particularly in lung cancer and HCC. Although the mechanisms leading to autoantibody production in cancer patients are not clearly understood, emerging evidence indicates that most TAAs are cellular proteins whose aberrant regulation of function could be linked to malignancy.

The types of TAA

CA-125 is an antigen associated with ovarian epithelial carcinoma. This antigen can be found in the coelomic epithelium during embryonic development, such as endometrium, endometrium, peritoneum, pleura and pericardium. But it is not present in normal fetal or adult ovarian tissue.

Monoclonal antibody OC125, prepared with ovarian cancer antigen CA125, is the preferred antibody for detection of ovarian epithelial carcinoma. Its epitope is located on the high molecular mucin, with a positive detection rate of 70% to 90%.

After more than 20 years of application test, CA125 serum test kit has been adopted and recognized worldwide. Although it cannot be used alone for screening or screening ovarian cancer, it is still a very effective method for differential diagnosis, especially for tracking and monitoring and judging the disease. 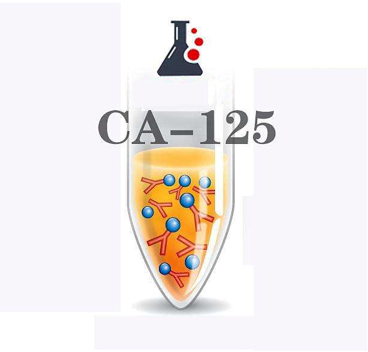 In 1924, Abeler found an antigenic protein in the serum of mice that grew liver cancer. Because its electrophoresis position is equivalent to alpha globulin, it is also present in fetal serum, so it is called alpha-fetoprotein（AFP）. In addition to αFP, there is α2HF, βSFP, and γFP. Alpha-feta lprotein can reach 4-5 mg/L in early embryonic blood and gradually decrease thereafter. Serum level in adults is no more than 2-15ng /ml. Alpha-fetoprotein is a glycoprotein with a polypeptide chain and similar physical and chemical properties to serum protein. Its synthetic site is in the yolk sac, and anabolism is also the beginning of hematopoietic function, and hepatocyte synthesis is also related to this.

We can pass to its detection, detect from the serum adult liver cancer ovarian endoembryonic sinus tumor, immature teratoma, embryonic carcinoma, testicular germ cell tumor and so on. AFP peaks in the blood of pregnant women at about 15 weeks of pregnancy, and can also be used to detect neural tube abnormalities in embryos, such as spina bifida and anencephaly. It was found that alpha-fetalprotein in serum of patients with liver cancer, hepatitis and cirrhosis increased to different degrees, which could be used to detect such diseases.

Carcinoembryonic antigen (CEA) is a glycoprotein proposed by Gold et al in 1965. Each molecule is composed of 45% protein and 55% carbohydrate on average. There are many epitopes of them, not only in the epithelial cell membrane of the gastrointestinal tract of the fetus at 6-24 weeks old, but also in intestinal adenocarcinoma cells, as well as in lung cancer, breast cancer and bladder cancer. 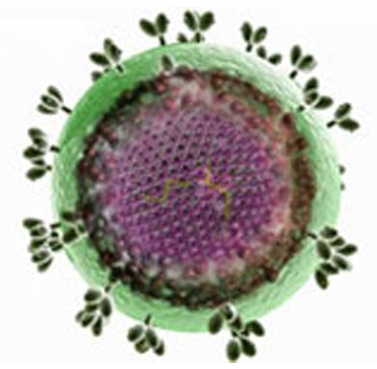 The establishment of panels of TAAs that elicit a humoral response can contribute highly to the development of methods in early screening and diagnosis of cancer. Several approaches are currently available for the identification of TAAs in cancer. One of the approaches is by using serum antibodies from cancer patients to immunoscreen cDNA expression library to identify TAAs in cancer, and some of these identified TAAs may have potential diagnostic values in cancer diagnosis. Using this approach, several novel TAAs such as p62 and p90 have been isolated in previous studies.

Another approach of proteome-based technology has recently been implemented for identifying TAAs in cancer. Compared to the first approach, which we have previously used, the proteome-based methodology allows individual screening of a large number of sera, as well as determination of a large number of autoantigens. The proteome-based approach can also distinguish isoforms and the detection of autoantibodies directed against post-translational modifications (PTMs) of specific targets. It is well known that mRNA levels do not necessarily correlate with corresponding protein abundance. Additional complexity of protein is conferred by PTMs including phosphorylation, acetylation, and glycosylation, as well as protein cleavage. These modifications may not reflect any change at the mRNA level but play important roles in protein stability, activity and functions. Intracellular proteins may also participate in the transformation of a healthy cell into a neoplastic cell. Therefore, protein levels may be more accessible and relevant to therapeutic targets than mRNA levels.