Fanconi anemia is a rare autosomal recessive inherited blood system disease, which is a congenital aplastic disorder called Fanconi anemia (Fanconi anemia). In addition to typical aplastic anemia, these patients have typical aplastic anemia. It is also accompanied by multiple congenital malformations (skin brown pigmentation, skeletal deformities, sexual dysplasia, etc.). The cause may be an abnormality in the chromosome. At the same time, there are other features such as sperm reduction. Often associated with other diseases, scientists have been exploring the underlying cause of the disease. Scientists have found that in Fanconi anemia patients, due to the lack of a key gene BRIP1 of the DNA helix, many of the genes that interact with it cannot function, triggering a series of concomitant diseases or symptoms, such as the BRCA1 gene. Transcription of DNA, thus causing it to be often associated with tumors. The latest reveals the pathogenesis of Fanconi anemia and the relationship between DNA repair, providing a sufficient genetic basis for the treatment of the disease.

The vast majority of Fanconi anemia cases are caused by mutations in the three genes FANCA, FANCC and FANCG. These genes provide instructions for the production of FA core complexes. Any mutation in many genes associated with the FA core complex will disable the complex, destroy the entire FA pathway, and cause DNA damage to be effectively repaired, while ICLs accumulate over time. Since ICLs prevent DNA replication, eventually leading to abnormal cell death due to the inability to produce new DNA molecules, or uncontrolled cell growth due to the lack of DNA repair processes. The effects on rapidly dividing cells, such as bone marrow cells and cells in developing fetuses, are particularly severe. The death of these cells causes blood cell reduction and physical abnormalities caused by Fanconi anemia. When the continual error accumulation in the DNA leads to uncontrolled cell growth, the affected individual develops into acute myeloid leukemia or other cancer.

FANCA gene belongs to the Fanconi anemia complement group (FANC) gene family, and 12 complement groups have been identified and assumed to serve as post-replication repair or cell cycle checkpoints. FANCA proteins are involved in the repair of interstrand DNA crosslinks and maintain normal chromosomal stability, which regulates the differentiation of hematopoietic stem cells into mature blood cells. Mutations involving the FANCA gene are associated with many somatic and congenital defects, mainly involving phenotypic variation in Fanconi anemia, aplastic anemia, and cancer forms such as squamous cell carcinoma and acute myeloid leukemia.

Mutations in the FANCC gene cause Fanconi anemia. Proteins containing this gene delay the onset of apoptosis. In normal non-mutated cells, FANCD2 cells are monoubiquitinated by DNA damage. FANCC, together with FANCE, acts as a substrate adapter for this reaction. The FANCD2 protein is colocalized with BRCA1 (breast cancer sensitive protein, as shown in Figure 1) in synaptic complexes of ionizing radiation-induced lesions and meiotic chromosomes. The activated FANCD2 protein may play a role before the onset of meiotic recombination, perhaps to prepare the chromosome for synapses, or to regulate subsequent recombination events. 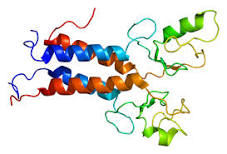 1. General supportive therapy with aplastic anemia. Blood transfusion should be given when the anemia is heavy.

2. Hormone therapy: The administration of an androgen and a corticosteroid is effective in most cases. The first line of therapy is androgens (Figure 1) and hematopoietic growth factors. Oxymethyl methacrylate was commonly be used, generally 2 to 4 months after the drug has obvious blood-synthesis reaction, after the hemoglobin reaches normal level, gradually reduce the amount to maintain the hemoglobin at the normal low level. During treatment, attention should be paid to side effects such as liver damage. 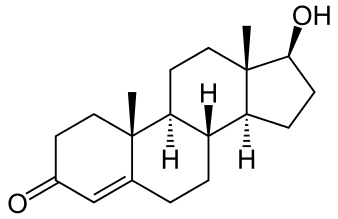 3. Those who have the condition can do bone marrow transplantation.