Neurodegeneration is the gradual loss of neuron structure and function, including neuronal death and glial cell balance, which can lead to cognitive impairments such as dementia. Among other causes, age (Alzheimer's disease (AD), Parkinson's disease (PD)) or mutations in genes that affect CNS cell function (Huntington's disease, early-onset AD or PD, amyotrophic lateral cord Sclerosis (ALS)) can cause neurodegenerative diseases. The pathological hallmarks of AD are plaques and tangles in the brain. Plaques are composed of amyloid beta protein and others, while tangles are mainly composed of hyperphosphorylated tau protein. Testing for the proteins that cause the disease can help develop specific antibodies. In the research environment, these products play an important role in assessing the expression and sedimentation of amyloid β and tau and other proteins involved in the progression of neurodegenerative diseases.

The global public health burden is imminent as AD affects nearly 50 million people worldwide and is expected to grow steadily over the next decade. AD manifests as characteristic proteins accumulating in nerve fiber tangles and plaques, death of neurons and glial cells, and impaired cognitive function due to aging or genetic mutations. In these disease states, aggregates or other stimuli in tangles and plaques can cause chronic inflammation. This neuroinflammation can lead to the death of cells such as neurons, astrocytes, and oligodendrocytes, as well as disease progression. Although there is no cure for AD, targeting specific gene mutations and protein products known to be associated with disease progression is an area of extensive therapeutic research.

Amyloid β-protein Aβ, with a molecular weight of about 4 kDa, is hydrolyzed from β-amyloid precursor protein (APP), secreted by cells, and has a strong neurotoxic effect after the cell matrix precipitates and accumulates. The neurotoxic effects of Aβ play a major role in the progression of Alzheimer's disease. In 1991, Kowall et al. Injected Aβ into the cerebral cortex of rats or monkeys and found that tissue necrosis, loss of peripheral neurons, and neurokeratosis occurred at the injection site, and there was a significant correlation with the dose. The toxic effect of Aβ on the nervous system is that amyloidosis of the blood vessel wall directly leads to vascular sclerosis, poor elasticity, even rupture or formation of thrombus, and induces premature apoptosis of nerve cells. Animal experiments have shown that the effect of Aβ on neurons is related to its state. Dissolved Aβ can promote neurite growth and improve the survival rate of neurons in a short time, while deposited Aβ has the opposite effect on neurons, causing pathological changes similar to Alzheimer's disease --- neurites Withdrawal and neuronal degeneration, the most significant changes occur in the aging mammalian brain. 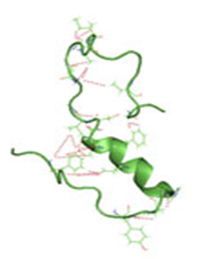 Parkinson's disease (PD) is a disorder of motor dysfunction that eventually progresses to cognitive dysfunction. The disease also has an age and genetic basis, and protein aggregation is more complex than AD. Although most PDs are idiopathic PD, some have known genetic mutations, which complicates the study of new therapies.

Tau proteins (or τ proteins, after the Greek letter with that name) are proteins that stabilize microtubules. They are abundant in neurons of the central nervous system and are less common elsewhere, but are also expressed at very low levels in CNS astrocytes and oligodendrocytes. Pathologies and dementias of the nervous system such as Alzheimer's disease and Parkinson's disease are associated with tau proteins that have become defective and no longer stabilize microtubules properly. The tau proteins are the product of alternative splicing from a single gene that in humans is designated MAPT (microtubule-associated protein tau) and is located on chromosome 17. The tau proteins were identified in 1975 as heat-stable proteins essential for microtubule assembly and since then, they have been characterized as intrinsically disordered proteins. 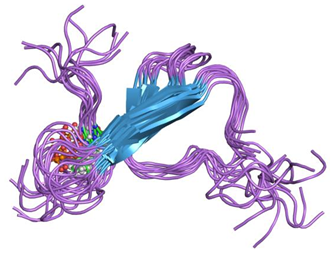 Multiple sclerosis is caused by an immune system attack on the myelin sheath around neurons in the brain and spinal cord. The disease causes poor communication between neurons and weakened axons. MS manifests as physical deterioration and can also cause changes in vision, pain management, and speech skills. Although gender, race, and environment are risk factors for MS, the exact cause is unknown. MRI studies are a biomarker of MS. The availability of biomarkers has enabled us to successfully develop disease-modifying therapies.

Amyotrophic lateral sclerosis (ALS) affects motor neurons in the brain and spinal cord, causing this cell population to degenerate and die. People with ALS eventually lose the ability to speak, move, and breathe. Although the cause-and-effect relationship of ALS is unknown, specific mutations are related to the occurrence of disease and are an area of extensive research.

Huntington's disease (HD) is a deadly neurodegenerative disease characterized by mental, cognitive, and motor dysfunction. From the initial chromosomal localization to the detection of the Huntington's protein gene, genetic analysis of HD has been the leading study of hereditary neurological diseases. Studies have shown that an increase of more than 34 CAG repeats can cause disease attacks in affected individuals. Mutated huntingtin proteins aggregate and negatively affect mitochondrial function and metabolism, and inhibit the expression of trophic factors such as brain-derived neurotrophic factor (BDNF).

Brain-derived neurotrophic factor, also known as BDNF, is a protein [ and is encoded by the BDNF gene in humans. BDNF is a member of the neurotrophin growth factor family, which is involved in regulating nerve growth factor. Neurotrophic factors are found in the brain and surrounding areas. BDNF was first isolated from pig brains by Yves-Alain Barde and Hans Thoenen in 1989.

Neuroinflammation: CNS inflammation that occurs under the stimulation of signals such as toxic stimulation (such as protein aggregation), infection, traumatic injury, or autoimmunity. The immune system (microglia and macrophages) and astrocytes try to remove harmful stimuli in the CNS to protect brain function. In neurodegenerative diseases, this process can be dysfunctional. 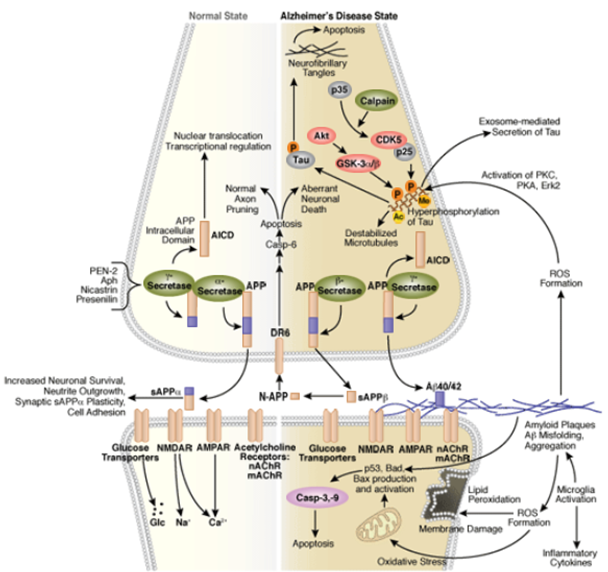 Acquired senescence/cell death: Protein mutations related to cell death pathways such as apoptosis, necrotic apoptosis and autophagy are related to the progression of neurodegenerative diseases. Interrupted apoptotic signal transduction, mitochondrial dysfunction, impaired autophagy, and activation of stress / inflammation by necrosomes are just a few of the factors that cause neuronal cell death. 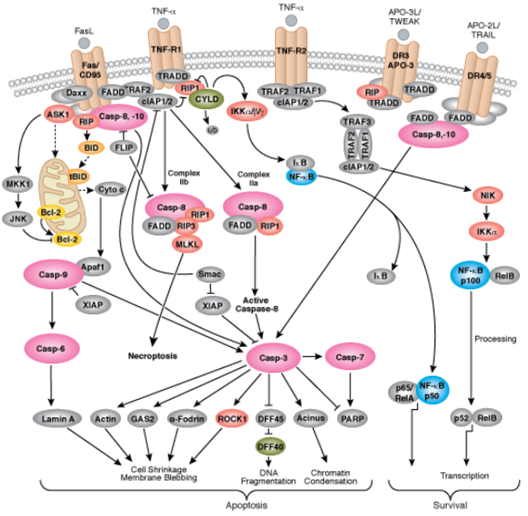 Impaired cell movement: Recent studies have shown that multiple proteins associated with AD are involved in the regulation of neuronal migration. However, follow-up studies are needed to determine the extent to which impaired cell motility can lead to neurodegenerative diseases. In addition, a better understanding of how immune cells migrate to plaques or areas of inflammation is needed.

Epigenetics: DNA methylation and histone modifications have recently been thought to be related to AD and PD, but the exact impact on the disease is unclear. Environmental changes and targeting sites with potential risks of epigenetic changes are an evolving field in the development of neurodegenerative therapies.