G protein-coupled receptors (GPCRs), also known as seven-(pass)-transmembrane domain receptors that can be grouped into 6 classes (A-F) based on sequence homology and functional similarity:

Rhodopsin-like receptors (Figure 1) are a family of proteins that comprise the largest group of G protein-coupled receptors. The rhodopsin-like GPCRs themselves represent a widespread protein family that includes hormones, neurotransmitters, and light receptors, all of which transduce extracellular signals through interaction with guanine nucleotide-binding (G) proteins. Although their activating ligands vary widely in structure and character, the amino acid sequences of the receptors are very similar and are believed to adopt a common structural framework comprising 7 transmembrane (TM) helices. 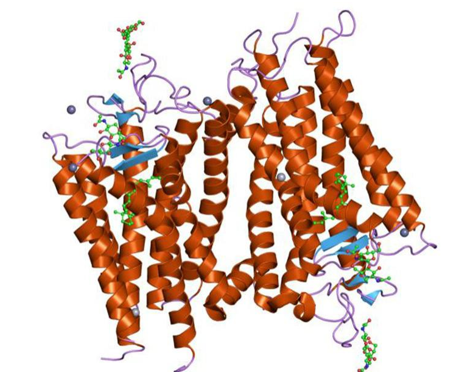 Figure 1. Cartoon representation of the molecular structure of protein registered with 1f88 code.

Class B (or 2) (Secretin receptor family)

Secretin family receptor proteins, also known as Family B or family 2 of G-protein coupled receptors are regulated by peptide hormones from the glucagon hormone family. The family is different from adhesion G protein-coupled receptors. The secretin-receptor family of GPCRs include vasoactive intestinal peptide receptors and receptors for secretin, calcitonin and parathyroid hormone/parathyroid hormone-related peptides. These receptors activate adenylyl cyclase and the phosphatidyl-inositol-calcium pathway. The receptors in this family have 7 transmembrane helices, like rhodopsin-like GPCRs. However, there is no significant sequence identity between these two GPCR families and the secretin-receptor family has its own characteristic 7TM signature. The secretin-receptor family GPCRs exist in many animal species. Data mining with the Pfam signature has identified members in fungi, although due to their presumed non-hormonal function they are more commonly referred to as Adhesion G protein-coupled receptors, making the Adhesion subfamily the more basal group.

The class C G-protein-coupled receptors are a class of G-protein coupled receptors that include the metabotropic glutamate receptors and several additional receptors. Structurally they are composed of four elements; an N-terminal signal sequence; a large hydrophilic extracellular agonist-binding region containing several conserved cysteine residues which could be involved in disulphide bonds; a shorter region containing seven transmembrane domains; and a C-terminal cytoplasmic domain of variable length. This protein family includes metabotropic glutamate receptors, the extracellular calcium-sensing receptors, the gamma-amino-butyric acid (GABA) type B receptors, and the vomeronasal type-2 receptors.

Mating factor receptors STE2 and STE3 are integral membrane proteins that may be involved in the response to mating factors on the cell membrane. The amino acid sequences of both receptors contain high proportions of hydrophobic residues grouped into 7 domains, in a manner reminiscent of the rhodopsins and other receptors believed to interact with G-proteins.

Cyclic AMP receptors from slime molds are a distinct family of G-protein coupled receptors. These receptors control development in Dictyostelium discoideum. In D. discoideum, the cyclic AMP receptors coordinate aggregation of individual cells into a multicellular organism, and regulate the expression of a large number of developmentally-regulated genes. The amino acid sequences of the receptors contain high proportions of hydrophobic residues grouped into 7 domains, in a manner reminiscent of the rhodopsins and other receptors believed to interact with G-proteins. However, while a similar 3D framework has been proposed to account for this, there is no significant sequence similarity between these families: the cAMP receptors thus bear their own unique '7TM' signature.

Frizzled is a family of G protein-coupled receptor proteins that serves as receptors in the Wnt signaling pathway and other signaling pathways. When activated, Frizzled leads to activation of Dishevelled in the cytosol. Smoothened is a protein that in humans is encoded by the SMO gene. Smoothened is a Class Frizzled (Class F) G protein-coupled receptor that is a component of the hedgehog signaling pathway and is conserved from flies to humans. It is the molecular target of the natural teratogen cyclopamine. It also is the target of Vismodegib, the first hedgehog pathway inhibitor to be approved by the U.S. Food and Drug Administration (FDA).