Rescue Me from the Peanut Allergy by Inhibiting Pim 1 and Runx3?

Home / Press Release / Rescue Me from the Peanut Allergy by Inhibiting Pim 1 and Runx3?

Rescue Me from the Peanut Allergy by Inhibiting Pim 1 and Runx3? 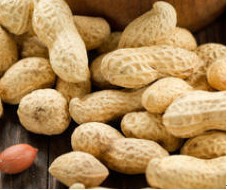 In the newly 2012 Journal of Allergy and Clinical Immunology, Erwin Gelfand, MD, and his colleagues at National Jewish Health reported that levels of the enzyme Pim 1 kinase rise in the small intestines of peanut-allergic mice and inhibiting activity of Pim 1 markedly reduced the allergic response to peanuts. This could bring a novel target for people to treat food allergy.

In a mouse model of food allergy, the researchers found that Pim1 kinase levels increased in the intestines of allergic mice that had been fed peanuts, as did various inflammatory cells and levels of cytokine molecules associated with allergies. Levels of Runx3 mRNA, however, dropped significantly in the allergic mice. When researchers administered a small molecule that inhibits the activity of Pim 1 kinase, mice no longer experienced diarrhea and other symptoms associated with their peanut allergy. Plasma levels of histamine, a potent cause of allergy symptoms, dropped to almost baseline levels after administration of AR460770. After this, inflammatory mast cells, eosinophils, and CD4 and CD8 T cells all increased only slightly in response to peanuts. Levels of several cytokine signaling molecules associated with allergies, IL-4, IL-6 and IL-13, also dropped. Runx3 mRNA turned back to near baseline level.

Their research result identified for the first time that Pim1 kinase contributes in important ways to the development of peanut-induced allergic responses. Targeting this novel regulatory axis involving Pim 1 kinase and Runx3 offers new therapeutic opportunities for the control of food-induced allergic reactions.

Maybe soon those food allergy victims would be rescued and feel free to enjoy kinds of food.