Interferon is an antiviral glycoprotein produced by the body's cells after virus infection. It is a broad-spectrum antiviral substance that can inhibit the growth and reproduction of a variety of DNA viruses without affecting the function of normal cells. In addition to inducing some antiviral proteins to direct antiviral action (for example, 2,5 oligoadenylate synthetase can degrade viral mRNA, protein kinase K can block viral protein translation), it can also indirectly play a role Antiviral effects (such as promoting the expression of HLA-I antigens by infected liver cells and increasing NK cell activity). Because of its short half-life, ordinary interferon alpha is not very convenient for administration every other day. Modified pegylated interferon alpha (PEG IFN-α) can delay its own absorption and excretion, thereby extending its half-life, and can be injected once a week. Some data confirm that the treatment of chronic hepatitis B with interferon, especially long-acting interferon, may cause surface antibody (HBsAb) positive conversion in about 10% of patients. This result is difficult to achieve with other drugs. 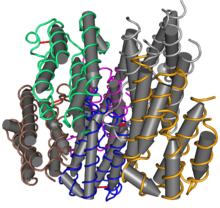 Evaluation of interferon treatment effect and side effects

There are various reports on the efficacy of interferon in the treatment of condyloma acuminatum, ranging from ineffectiveness to a cure rate of 90%; some people think that interferon can be used in some refractory and recurrent condyloma acuminatum, and interferon is undoubted Is a treatment option. There are also some research data showing that the therapeutic effect of interferon on genital warts is not statistically different from placebo. Interferon cannot control the recurrence of genital warts. Generally speaking, the effect of interferon-α is fast but not long-lasting, while the response of γ-interferon is slow. It takes effect 4 to 6 weeks. Women have better effects than men, but the reason is unknown. The CDC of the United States Centers for Disease Control does not approve the treatment of condyloma acuminatum with interferon for three reasons: ①The efficacy is low. ②High incidence of toxicity. Side effects include flu-like symptoms; myalgia, fever, and chills, as well as headache, nausea, and fatigue.

Human type I interferon (IFN) is a large subgroup of interferon proteins that helps regulate the activity of the immune system. Interferon binds to the interferon receptor. All type I IFNs bind to a specific cell surface receptor complex, known as the IFN-α receptor (IFNAR), which consists of IFNAR1 and IFNAR2 chains. Type I interferon is found in all mammals, and homologous (similar) molecules are also found in birds, reptiles, amphibians and fish. 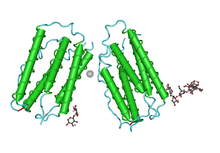 Type II interferon (IFN), called IFN-γ (γ). Mature IFN-γ is an antiparallel homodimer that binds to the IFN-γ receptor (IFNGR) complex and triggers signals in its target cells. IFNGR consists of two subunits, each of which is named IFNGR1 and IFNGR2. γ-interferon is a cytokine that plays an important role in adaptive and innate immunity. Therefore, it helps fight certain bacteria and inhibits virus replication. Moreover, this cytokine stimulates and regulates the immune system. It belongs to type II interferon and is the only interferon in this class. It is serologically different from type 1 interferon and binds to different receptors and is encoded by a separate chromosomal locus. 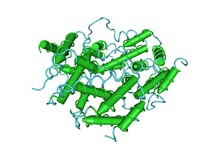 The type III interferon group consists of four IFN-λ (λ) molecules called IFN-λ1, IFN-λ2, IFN-λ3 (referred to as IL29, IL28A and IL28B, respectively) and IFN-λ4. The interferon lambda gene is located in the 19q13.13 chromosome region. IFNL4 is located between IFNL3 and IFNL2. The signal induced by 1IFN-λ triggered the JAK-STAT pathway, which led to the expression of many interferon-stimulated genes with antiviral and antiproliferative effects. All four interferon lambda proteins have antiviral effects in vitro, however, the genetic variation that produces the IFNL4 protein is associated with impaired hepatitis C virus clearance. Therefore, the interferon lambda protein may have evolved specifically to protect the tissue barrier.

Interferon is an antiviral drug and can regulate the function of the immune system. Another function of interferon is to up-regulate the major histocompatibility complex molecules, MHC I and MHC II, and increase the activity of immunoproteasomes. All interferons significantly enhanced the presentation of MHC I-dependent antigens. Interferon gamma (IFN-γ) can also significantly stimulate MHC II-dependent antigen presentation. Interferon can also inhibit angiogenesis by down-regulating tumor-derived angiogenic stimuli. They also inhibit the proliferation of endothelial cells. This inhibition results in a reduction in tumor angiogenesis, a reduction in its angiogenesis, and subsequent growth inhibition. Interferons (such as gamma interferon) directly activate other immune cells, such as macrophages and natural killer cells.

Adverse reactions were mainly flu-like symptoms such as fever, fatigue, myalgia, and headache. Followed by mild bone marrow suppression. In general, interferon has no effect on liver and kidney function, a few have aminotransferases and elevated serum creatinine