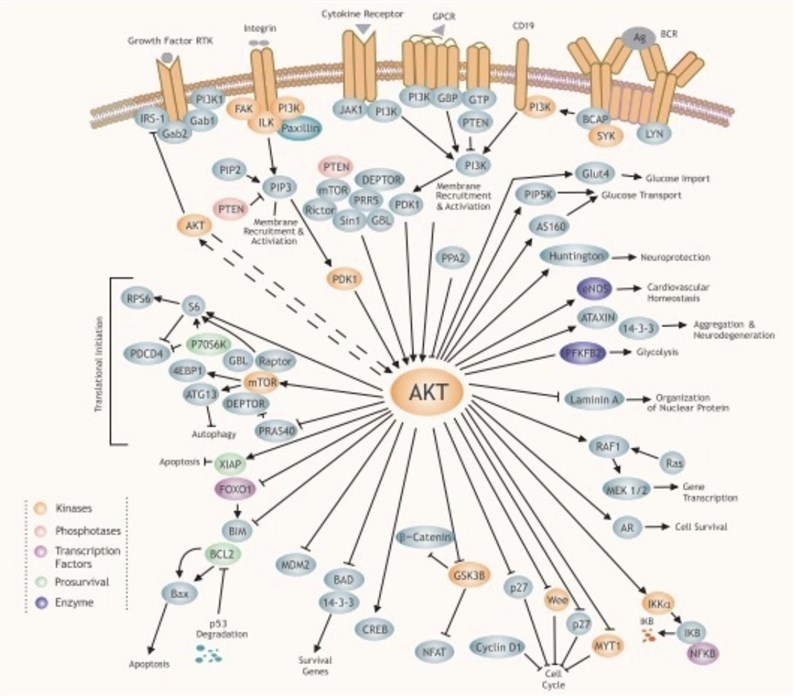 As a proto-oncogene, threonine kinase Akt has become a major focus of attention in the medical community because it plays an important role in regulating various cell functions (including metabolism, growth, proliferation, survival, transcription and protein synthesis) effect. Factors that can activate the amplification of the Akt signaling cascade, including receptor tyrosine kinases, integrins, B cell and T cell receptors, cytokine receptors, G protein-coupled receptors, and other phosphatidylinositol three Kinase (PI3K) induces stimulation of phosphatidylinositol triphosphate (3,4,5) phosphatidylinositol (PIP3) production. These lipids can be used as docking sites for protein membranes with a Plexic substrate protein homology (PH) domain, including Akt and its upstream activator PDK1. PDK1 on the membrane phosphorylates it at the threonine 308 position of AKt, resulting in partial activation of Akt. The serine 473 site is phosphorylated by mTORC2, which can stimulate the full enzyme activity of Akt. Akt can be dephosphorylated by protein phosphatase 2A (PP2A) and PH-domain-rich leucine-repeat-containing protein phosphatase (PHLPP1/2). In addition, the tumor suppressor gene phosphatase and tensin homologous protein (PTEN) also inhibit Akt activity by dephosphorylating PIP3.

AKT is a class of serine / threonine kinases of the AGC family, which mainly has three domains: PH domain (having affinity for PIP3, so it is essential for binding to the cell membrane); catalytic domain; regulatory domain. Thr308 and Ser473 are located in the latter two domains, respectively. PH and catalytic domains are relatively conservative among different Akt isomers. There are three main isomers of AKT in mammals: Akt1,2,3. Akt1 is widely expressed in tissues, and Akt2 is mainly expressed in muscle and fat cells. Akt3 is mainly expressed in the testes and brain. With the deepening of the research, a truncated form of Akt3- (γ1) was found in the hydrophobic domain. Akt has many phosphorylated substrates. Based on this conservatism, the use of such Motif antibodies can help systematically study Akt downstream signaling pathways.

Also known as PKB (protein kinase B). It is a serine / threonine-specific protein kinase that plays a key role in various cell growth processes, such as glucose metabolism, apoptosis, cell proliferation, transcription, and cell migration. Ser473 of Akt can be phosphorylated by PDK1. PKB has high homology with PKA and PKC. This kinase has been proved to be the encoded product of the retrovirus an gene v-akt, so it is also called Akt. 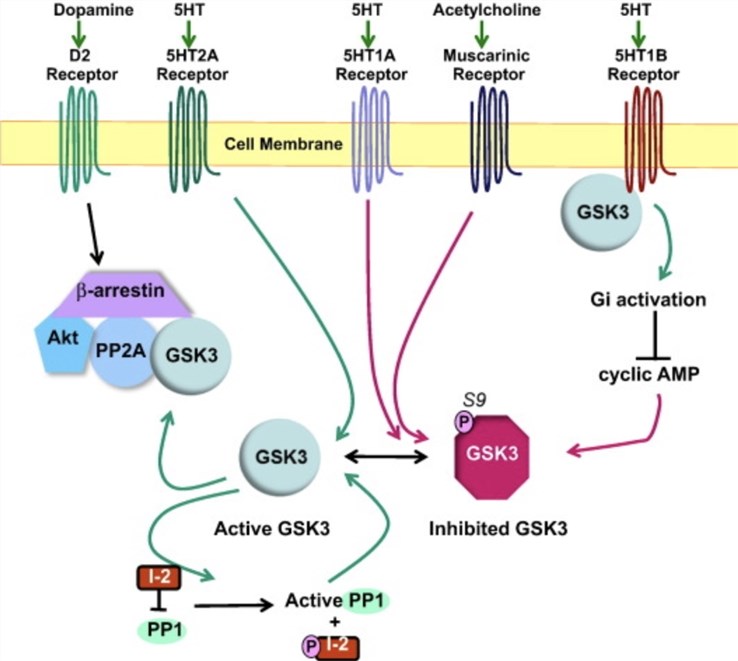 3-phosphoinositide dependent protein kinase-1. It is crucial for activating AKT / PKB and many other AGC kinases (including PKC, S6K, SGK).

Casein kinase 2(CK2) is a serine / threonine selective protein kinase, which is a tetramer of two α subunits and two β subunits. CK2 is involved in cell cycle control, DNA repair, regulation of circadian rhythm and other cellular processes. 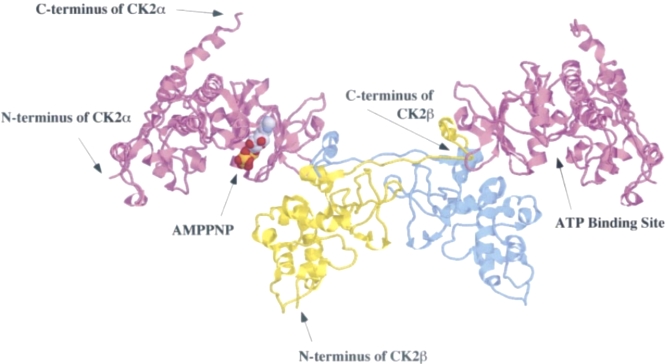 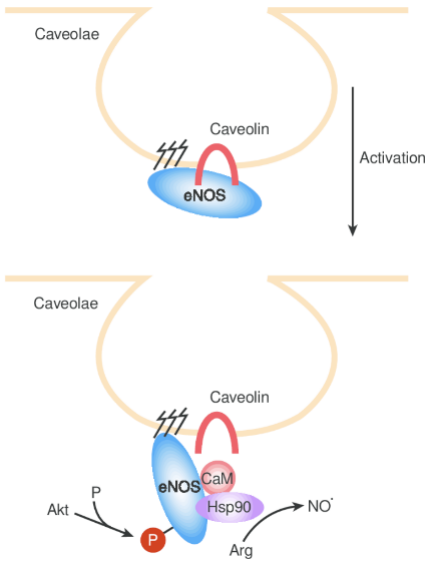