Avoiding cell death is one of the ways for cancer cells to delay the adaptation of anticancer therapy. The dynamic balance in multicellular organisms is strictly maintained by a process called programmed cell death or apoptosis. The abnormal regulation of apoptosis is related to tumorigenesis and, more importantly, in the development of chemotherapy resistance. The key factor to avoid apoptosis is cell survival protein, and several proteins related to dysfunctional programmed cell death are collectively referred to as survival proteins. Cell survival proteins include Bcl-2, apoptosis inhibitor (IAP) and heat shock protein (HSP) family (Figure 1). The abnormal expression of these proteins is related to a series of biological activities that promote the survival, proliferation and drug resistance of cancer cells. Several therapeutic strategies for surviving proteins are based on simulating BH3 domains or IAP-binding motifs, or competing with ATP for Hsp90ATP-binding pockets. Alternative strategies include the use of nutritious food, transcriptional inhibition and so on. Provide options for survival proteins. The invention of survival protein therapy is a promising strategy to inhibit cancer cell survival and chemotherapy resistance. However, the complete elimination of drug resistance is a distant dream. In order to achieve successful clinical results, it is hopeful to use new survival protein inhibitors alone or in combination with traditional therapies. 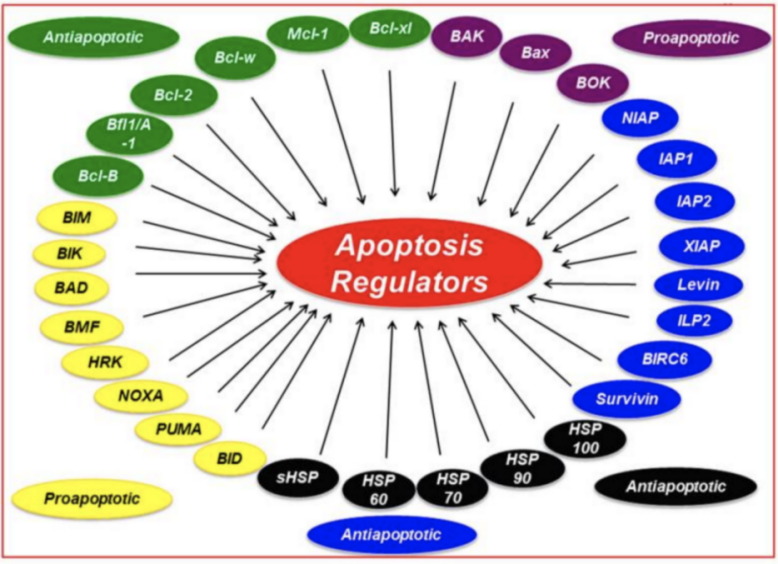 In recent years, a large number of studies in various cancers have provided clear evidence that the overexpression of survival proteins is related to cancer cell proliferation, survival and chemotherapy resistance. However, further studies are needed to understand the regulation of survival proteins, their tissue kinetics, and the mechanism of drug resistance. New strategies and preparations have been needed to combat the resistance to chemotherapy and radiation observed in cancer. The ultimate goal will be to develop a new drug that can expel surviving cancer cells that are mainly resistant to traditional treatments. One of the main weaknesses of current survival protein targeting therapy strategies is that they cannot target all survival proteins with the same affinity. Another problem is that some promising drugs have poor pharmacological properties. Therefore, it is very important to understand the role of each individual survival protein family. High-throughput screening techniques combined with bioinformatics methods will continue to be used in the next few years to develop new drugs that target key roles in cancer development and progression. The future development of more targeted inhibitors, which have a higher and wider affinity for all major survival proteins, as well as drugs that regulate cancer signaling pathways, should greatly improve patient survival and prevent tumor recurrence or drug resistance.

Programmed cell death (called "apoptosis") occurs in higher organisms and provides a controlled way to kill cells during development. Apoptosis is also a way to remove damaged cells from tissue. Researchers have identified key steps related to programmed cell death, providing new targets for the treatment of diseases such as lupus, cancer and neurodegenerative diseases. The process of cell suicide is activated by a group of proteins called cystatin or "cell death protein". 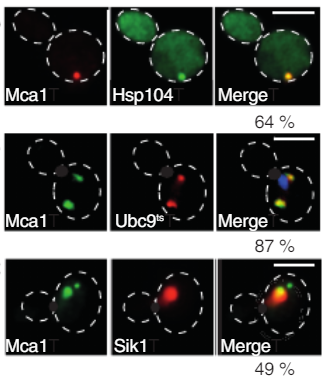 Figure 2. The proteins that cause cell death are found in all higher organisms. Research published in the journal Science shows that these proteins initially play a role in protecting cells and slowing the aging process. (Hill S M, et al. 2014)

Chemical signals tell cells to die by activating apoptotic proteins, which destroys the cell's "energy factory", also known as mitochondria. When this process goes wrong, defective cells such as cancer cells may continue to survive, or healthy cells may die unnecessarily, such as Alzheimer's disease. With regard to the discovery of how these dead proteins bind together, destroying mitochondria and inducing apoptosis, a better understanding of this critical event may suggest new ways to regulate apoptosis to fight disease. Recently, a research team has discovered the three-dimensional structure of a key cell death protein called Bak and revealed how it is the first step in cell death. Their research is published in Molecular Cell and Proceedings of the National Academy of Sciences. Studies have shown how Bak changes from one shape to another to trigger apoptosis. Once Bak becomes' activated' in the cell, it couples with another Bak molecule to form a 'dimer', which in turn initiates apoptosis. Understanding how cell death proteins work and their appearance is crucial to finding new ways to treat diseases. As the main manufacturer of recombinant protein, Creative Biomart provides Cell survival & death Proteins, from a variety of sources, grades and formulations to facilitate your efficient and accurate research content in the experiment.