Zinc fingers are small protein structural motifs characterized by the coordination of one or more zinc ions (Zn2+) for stable folding. The original creation was derived from the finger-like appearance of the hypothetical structure of Xenopus laevis transcription factor IIIA, which now covers a variety of different protein structures. Xenopus TFIIIA was originally shown to contain zinc and required metal to function in 1983, the first reported zinc requirement for gene regulatory proteins. It usually appears as a metal binding domain in a multidomain protein. 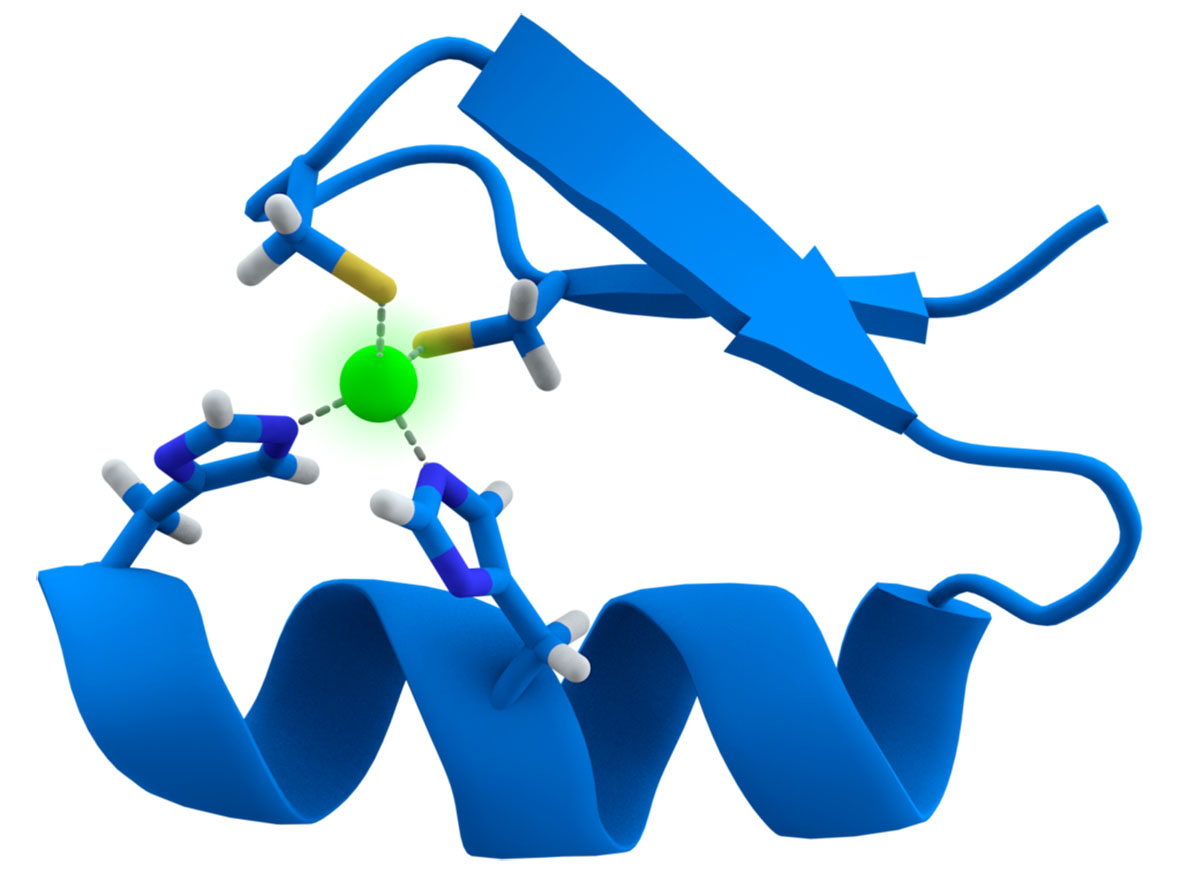 Figure 1. The cartoon indicates the Cys2His2 zinc finger motif, which consists of an alpha helix and an antiparallel beta sheet. The zinc ion (green) is coordinated by two histidine residues and two cysteine residues.

By targeting ZF-TF to a particular DNA sequence and ligating the necessary effector domains, expression of the gene can be downregulated or upregulated while using the same DNA binding domain. The expression of the gene can also be downregulated by blocking the extension of RNA polymerase in the coding region (no effector domain required), or by targeting the RNA itself. In addition to the significant development of gene function research tools, engineered ZF-TFs have enormous therapeutic potential, including correction of abnormal gene expression profiles and antiretroviral drugs.

Zinc finger nuclease (ZFN) is an artificial restriction enzyme produced by fusing a zinc finger DNA binding domain to a DNA cleavage domain. The zinc finger domain can be designed to target a particular desired DNA sequence, which enables zinc finger nucleases to target unique sequences within a complex genome. These agents can be used to precisely alter the genome of higher organisms by utilizing endogenous DNA repair mechanisms. In addition to CRISPR/Cas9 and TALEN, ZFN is an important tool in the field of genome editing.