SUMO proteins are small; most are about 100 amino acids in length and weigh about 12 kDa. The exact length and quality of members of the SUMO family vary and depend on the source of the protein. Although SUMO has little sequence identity with ubiquitin at the amino acid level, its structural folding is almost identical. The structure of human SUMO1 is shown on the right. It shows that SUMO1 is a globular protein with its two ends (shown in red and blue) extending beyond the center of the protein. The spherical core consists of an alpha helix and a beta sheet. The chart shown is based on NMR analysis of proteins in solution.

The SUMO modification of proteins has many functions. Typically, only a small fraction of a given protein is acylated by SUMO, and this modification is rapidly reversed by the action of deSUMOylating enzyme. SUMOylation of target proteins has shown many different outcomes, including altered localization and binding partners. In many cases, SUMO modification of transcriptional regulators is associated with transcriptional repression. There are four confirmed SUMO subtypes in humans. SUMO-1, SUMO-2, SUMO-3 and SUMO-4 During mitosis, SUMO-2/3 is localized to centromeres and concentrated chromosomes, while SUMO-1 is localized in the middle of the mitotic spindle and spindle. One of the major SUMO coupling products associated with mitotic chromosomes is topologically different. Produced by SUMO-2/3 coupling of constitutive enzyme II, topoisomerase II is specifically modified by SUMO-2/3 during mitosis. The SUMO-2/3 modification appears to be particularly involved in the stress response.

Small ubiquitin-related modifier 1 is a protein that in humans is encoded by the SUMO-1 gene. It works in a similar way to ubiquitin because it binds to the target protein and is part of the post-translational modification system. However, with ubiquitin, which targets protein degradation, this protein is involved in a variety of cellular processes such as nuclear transport, transcriptional regulation, apoptosis and protein stability. It is not active until the last four amino acids at the carboxy terminus are excised.

Figure 1. Structure of the SUMO1 protein.

Small ubiquitin-related modifier 2 is a protein that in humans is encoded by the SUMO2 gene. It works in a similar way to ubiquitin because it binds to the target protein and is part of the post-translational modification system. However, unlike ubiquitin, which targets protein degradation, the protein is involved in a variety of cellular processes such as nuclear transport, transcriptional regulation, apoptosis, and protein stability. It is not active until the last two amino acids at the carboxy terminus are excised. Many pseudogenes of this gene have been reported. Alternative transcriptional splice variants encoding different isoforms have been characterized. 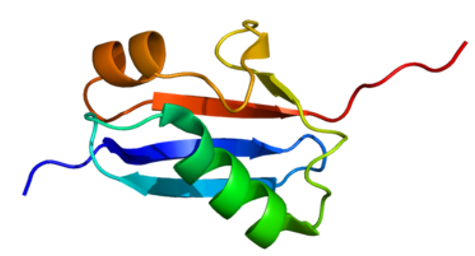 Figure 2. Structure of the SUMO1 protein.

The important role of SUMO modification in many biological processes has been well established, so the interference of the SUMO modification/decoupling system is likely to be manifested in the disease process. Although these studies are still in their early stages, it is clear that SUMO modifications are associated with diseases such as neurodegenerative diseases, diabetes and inflammation. Further studies of the SUMO system in disease tissues and animal models will determine the role of SUMO modification/decoupling in these pathological states. The future challenge in the SUMO field will be to determine the full range of SUMO proteomes, and the application of mass spectrometry methods should allow for the monitoring of overall changes in SUMO modification during the cell cycle and after exposure of cells to various stresses and stresses. stimulate. Despite the low degree of SUMO modification, it is difficult to biochemically analyze SUMO-modified proteins, but it should be possible to directly test the hypothesis using proteomics methods: proteins with a modified history and unmodified proteins exist in different protein environments. Studies of SUMO and ubiquitin-like proteins have provided new insights into the regulation of biological processes and are far from being limited to history, and in the next few years, the field may continue to produce surprising and interesting new developments.