Almost all of our physiological activities are regulated by Ca2+. The basis of Ca2+ as a cell messenger is the concentration gradient between cytosolic Ca2+ and intracellular calcium pool or extracellular Ca2+. When a certain kind of stimulation makes the intracellular Ca2+ concentration increase greatly, it plays a role of transmitting signals. The nature of Ca2+ is more conducive to binding with the target protein, thereby transmitting information. Due to the integration of various functions, the Ca2+ signal must be very flexible and must be strictly controlled. It is achieved by means of different intermediate links of the Ca2+ signal, that is, Ca2+ can function in different times and spaces with different amplitudes. Different types of cells use different combinations of calcium signals to perform their specific physiological functions. 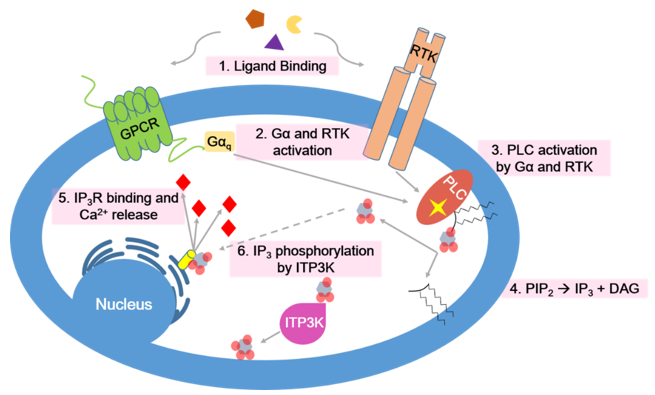 The excitability of Ca2+ to the cell membrane is indispensable. When the intracellular free Ca2+ rises from a resting level of 10-8M, the body's secretion, contraction, channel gating, and other processes are all active. Calcium ions have an intracellular messenger effect. Extracellular calcium ions are the main source of intracellular calcium ions. When the calcium channel is opened, the increase in extracellular Ca2+ concentration can close the voltage-dependent channel and increase the resting membrane impedance, which also increases the threshold of nerve and muscle excitability. If the extracellular Ca2+ concentration is lowered, it will trigger the threshold change. Instead, the nerves and muscles repolarize, and clinically, patients present with hypothyroidism. Ca2+ is a physiologically active substance, and its role in the central nervous system has attracted much attention. Many key processes of neurons such as: release of neurotransmitters, regulation of membrane permeability to special ions, membrane stability, axoplasmic flow, and control of many enzymes are performed inside or outside the cell Adjusted by changes in calcium ion distribution Recent studies have shown that the role of Ca2+ ATPase in sarcoplasmic reticulum in muscle cells is to transport and coexist Ca2+ into the sarcoplasmic reticulum. When the Ca2+ ATPase is activated, the Ca2+ concentration in the cytosol can be rapidly reduced, and the muscles can relax. Increased Ca2+ concentration in myocardial cells can cause myocardial contraction. The calcium pump on the red blood cell membrane contains a regulatory protein subunit. When the Ca2+ concentration in the cell fluid increases, the four calcium ion binding sites of the calmodulin bind to Ca2+ to produce an allosteric effect and activate the Ca2+ ATPase Ca2+ is excreted outside the cell. The role of the calcium pump is to maintain the intracellular Ca2+ concentration to a lower level. 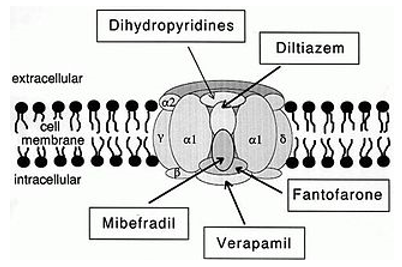 Calcium as a second messenger

Calcium is a ubiquitous second messenger with a wide range of physiological effects. These include muscle contraction, neuronal transmission in excitatory synapses, cell movement (including the movement of flagella and cilia), fertilization, cell growth or proliferation, neurogenesis, learning and memory with synaptic plasticity, and salivation. Ca2+ in the cytoplasm also causes apoptosis. Other biochemical effects of calcium include regulating enzyme activity, ion channel permeability, ion pump activity, and components of the cytoskeleton. Many Ca2+-mediated events occur when Ca2+ is released and activates the regulatory protein calmodulin. Calmodulin can activate Ca2+ -calmodulin-dependent protein kinase, or it can directly act on other effector proteins. In addition to calmodulin, there are many other Ca2+ binding proteins that mediate the biological effects of Ca2+.