FGF1 is a growth factor and signaling protein encoded by the FGF1 gene. It is synthesized into a 155 amino acid peptide, FGF-1 has no definite signal sequence, so it is not secreted through the classical pathway, but it does form a disulfide-linked dimer inside the cell. It binds to protein complexes on the cell membrane (including S100A13 and Syt1), helping to flip it through the membrane to the outside of the cell. Once in the reduced state of surrounding tissues, the dimer is broken down into monomeric FGF1, which can enter the systemic circulation or be isolated in tissues that bind to the extracellular matrix heparan sulfate proteoglycan. FGF1 can then bind and exert its function through a specific fibroblast growth factor receptor (FGFR) protein, which itself constitutes a closely related family of molecules. In addition to its extracellular activity, FGF1 can also function within cells. The protein has a nuclear localization sequence (NLS), but the way FGF1 reaches the nucleus is not clear. It seems that some cell surface receptor binding is necessary, and then its internalization and translocation to the nucleus, then it can interact with FGFRs Nuclear isomers. This is different from FGF2, which can also activate nuclear FGFR, but has splice variants whose proteins never leave the cell and enter the nucleus directly. 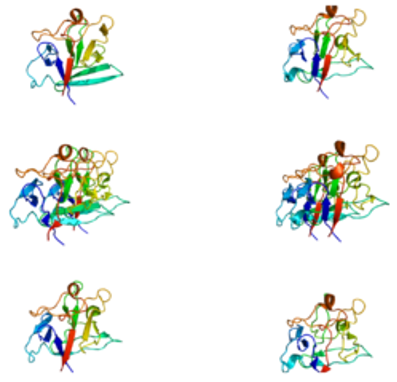 Figure 1. Structure of the FGF1 protein. 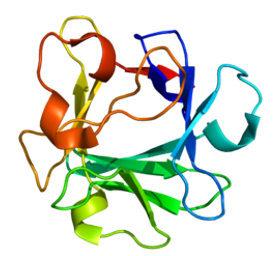 Fibroblast growth factor 10 is a protein encoded by the FGF10 gene in humans. The protein encoded by this gene is a member of the fibroblast growth factor (FGF) family. FGF family members have extensive mitogenic and cell survival activities and are involved in a variety of biological processes, including embryonic development, cell growth, morphogenesis, tissue repair, tumor growth and invasion. Fibroblast growth factor 10 is a paracrine signaling molecule that first appears in the development of limb buds and organs. FGF10 begins the development of the limbs and participates in the morphogenetic branches of multiple organs such as the lungs, skin, ears, and salivary glands.

Fibroblast growth factor 12 is a protein encoded by the FGF12 gene in humans. FGF family members have extensive mitogenic and cell survival activities and are involved in a variety of biological processes, including embryonic development, cell growth, morphogenesis, tissue repair, tumor growth and invasion. This growth factor lacks the N-terminal signal sequence found in most FGF family members, but it contains a cluster of basic residues that have been shown to serve as nuclear localization signals. When transfected into mammalian cells, the protein accumulated in the nucleus but was not secreted. The specific function of the gene has not been determined. Two alternative splicing transcription variants encoding different isoforms have been reported. 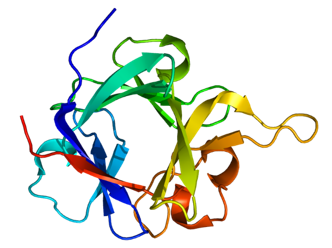