Hormones, the original Greek meaning "to get up," play an important role in regulating metabolism, growth, development, reproduction, sex, sexuality and sexual activity.

Hormones are chemical information substances synthesized by highly differentiated endocrine cells and directly secreted into the blood. It affects the physiological activities of the human body by regulating the metabolic activities of various tissue cells. Efficient bioactive substances secreted by endocrine glands or endocrine cells serve as messengers in the body to transmit information and substances that regulate the body's physiological processes are called hormones. It is an important substance in our lives.

A class of chemicals produced by endocrine cells with high-efficiency information transmission. There are many types of hormones and very small amounts (mostly nanograms or even picograms). It is neither an energy source of the body nor a structural substance that makes up the body, but it passes information to coordinate physiological processes such as metabolism, growth and development. Played an important role, no wonder scientists call it "the first messenger." There are three main ways of hormone delivery: most hormones go directly into the blood after secretion, and reach a certain tissue cell with blood circulation. This type of cell is called a target cell. The target cell has a substance with a special three-dimensional configuration (hormonal receptors). Body and the corresponding hormone, and recognize the information carried by the hormone, and convert it into a series of complex chemical reactions in the cell, thereby producing specific physiological effects. This type of hormone needs to follow the bloodstream to reach the target cells, so it is called "distance secretion". Some hormones are secreted and then spread through the interstitial fluid nearby, acting on neighboring cells (such as certain digestive tract hormones). This method is called "paracrine". Some hormones are secreted by nerve cells (such as the thalamus) and are called "neurohormones." Axons flow along the axons to reach target cells. This method is called "neurogenesis". Hormones can be divided into nitrogen-containing protein hormones derived from amino acids, peptides, and proteins) and steroid hormones according to their chemical nature; and their physiological functions can be divided into three categories: one is regulates the body's metabolism and maintains a relatively stable internal environment, such as insulin, gastrointestinal hormones, parathyroid hormones, one is to promote cell proliferation and differentiation, control the body's growth and development and reproductive functions, and affect its aging process, such as growth hormone. In recent years, the principles of genetic engineering have been successfully applied to enable microorganisms to produce human hormones, such as insulin through E. coli, which has opened up broad prospects for the application of hormones in medicine and industry, agriculture, and animal husbandry.

Estrogen receptors are a kind of protein molecules, which are mostly present in the cells of the target organs. They can specifically bind to hormones to form hormone-receptor complexes, allowing hormones to exert their biological effects. The estrogen receptor (ER) can be located at the cell membrane, cytoplasm or nucleus. The classical nuclear receptor is located in the nucleus, and its protein is temporarily located in the cytoplasm after translation, so it can be detected in the cytoplasm. The estrogen that has spread to the nucleus binds to its nuclear receptors, triggering gene regulation mechanisms and regulating the transcription of downstream genes. 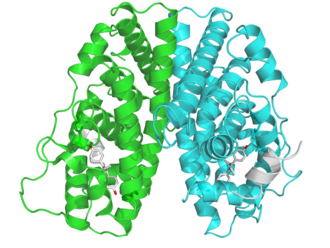 Nuclear receptors are one of the most abundant transcriptional regulators in metabolites. They play important roles in metabolism, sex determination and differentiation, reproductive development, and maintenance of homeostasis. 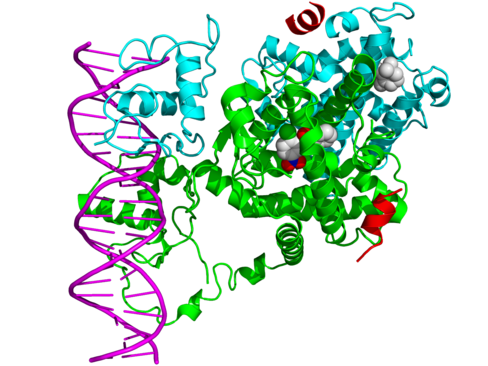 TSH receptors are mainly distributed in thyroid follicular cells. Receptor stimulation increases the production and secretion of T 3 and T 4. TSH receptor-stimulating antibodies mimic TSH and cause Graves disease. In addition, hCG and TSH receptors show some cross-reactivity, so they can stimulate the production of thyroid hormones. During pregnancy, high levels of hCG for a long period of time can produce a transient condition called hyperthyroidism in pregnancy. This is also the mechanism by which trophoblast tumors increase thyroid hormone production. 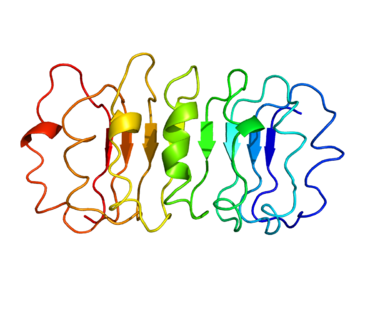