Lipid signal transduction refers to any biological signal transduction event involving a lipid messenger that binds to a protein target, such as a receptor, a kinase, or a phosphatase, which in turn mediates these lipids to specific. The role of cellular responses. Lipid signal transduction is considered to be qualitatively different from other classical signal transduction paradigms (such as monoamine neurotransmission) because lipids can diffuse freely through the membrane. One of the consequences is that lipid messengers cannot be stored in the vesicles prior to release, and are therefore usually "on demand" biosynthetic at the intended site of action. Therefore, many lipids signaling molecules cannot circulate freely in solution, but exist in combination with special carrier proteins in serum. 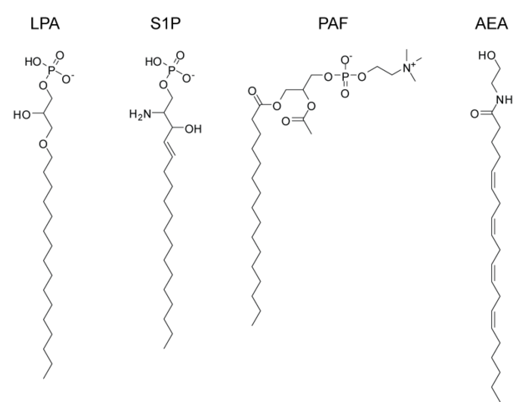 Ceramide is a class of phospholipids based on ceramide, mainly ceramide phosphate choline and ceramide phosphoethanolamine. Phospholipids are the main components of cell membranes. 40% to 50% of sebum in the stratum corneum is composed of ceramide Ceramide is the main part of the intercellular matrix and plays an important role in maintaining the balance of the stratum corneum moisture. Ceramide has a strong ability to associate with water molecules. It maintains skin moisture by forming a network structure in the stratum corneum. Therefore, ceramide has the effect of retaining skin moisture. Sphingomyelin (Cer) can be produced by sphingomyelin (SM) by sphingomyelinase (SMase), which is an enzyme that hydrolyzes the phosphocholine group from the sphingosine backbone. Alternatively, sphingosine-derived lipids (sheaths) can be de novo (synthesized) in organelles (such as the endoplasmic reticulum (ER)) and possibly mitochondrial-related membranes via serine palmitoyl transferase (SPT) and ceramide synthase Lipids) (MAMs) and the perinuclear membrane.

Sphingosine-1-phosphate (S1P) consists of a hydrophobic chain and has sufficient solubility to move between membranes. S1P is formed by sphingosine phosphorylation by sphingosine kinase (SK). The phosphate group of the product can be separated (dephosphorylated) by S1P phosphatase to regenerate sphingosine, or S1P can be decomposed into ethanolamine phosphate and cetadenal by S1P lyase. [Similar to Sph, its second Messenger function is unclear. However, there is ample evidence that S1P is involved in cell survival, cell migration, and inflammation. Certain growth-inducing proteins, such as platelet-derived growth factor (PDGF), insulin-like growth factor (IGF), and vascular endothelial growth factor (VEGF) promote the formation of SK enzymes, leading to elevated S1P levels. Other factors that induce SK include cellular communication molecules called cytokines, such as tumor necrosis factor alpha (TNFα) and interleukin 1 (IL-1), hypoxia or hypoxia, oxidized low-density lipoprotein (oxLDL), and some Immune complex.

Ceramide-1-phosphate (C1P) is formed by the action of ceramide kinase (CK) enzyme on Cer. C1P has an ionic charge at neutral pH and contains two hydrophobic chains, making it relatively insoluble in water. Therefore, C1P resides in the organelles that form it, and it is impossible to spontaneously flip across the membrane bilayer. C1P activates phospholipase A2 and, together with CK, acts as a mediator of arachidonic acid in cells. This protein responds to proteins called interleukin-1β (IL-1β) and fat-soluble molecules, and converts calcium ions (Ca2+) Through a double layer, also known as a calcium ionophore. C1P has also been reported previously to promote fibroblast division (mitogenicity), prevent apoptosis by inhibiting acidic SMase in leukocytes in tissues (macrophages), and increase intracellular free calcium concentration in thyroid cells. During blister transport, cells also have known roles to survive, phagocytosis ("cell phagocytosis"), and degranulation of macrophages.

This variety of steroids is biosynthesized from isoprenoids and is structurally similar to cholesterol. Mammalian steroid hormones can be divided into five groups by the receptors to which they bind: glucocorticoids, mineralocorticoids, androgens, estrogens, and progestins.

Retinoic acid (vitamin A) can be metabolized to retinoic acid, which activates nuclear receptors such as RAR, thereby controlling the differentiation and proliferation of many types of cells during development.

Although certain prostaglandins activate nuclear receptors in the PPAR family, most prostaglandin signaling occurs through GPCRs. 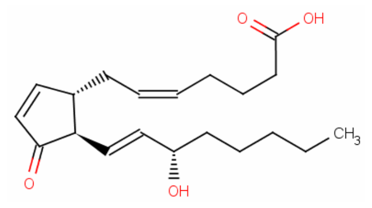