NF-κB (kappa-light chain enhancement of nuclear factor-activated B cells) is a protein complex that controls transcription of DNA, cytokine production and cell survival. NF-κB is present in almost all animal cell types and is involved in cellular responses to stimuli such as stress, cytokines, free radicals, heavy metals, UV radiation, oxidized LDL and bacterial or viral antigens. NF-κB plays a key role in regulating the immune response to infection. Improper regulation of NF-κB is associated with cancer, inflammation and autoimmune diseases, septic shock, viral infection and inappropriate immune development. NF-κB is also involved in synaptic plasticity and memory processes. 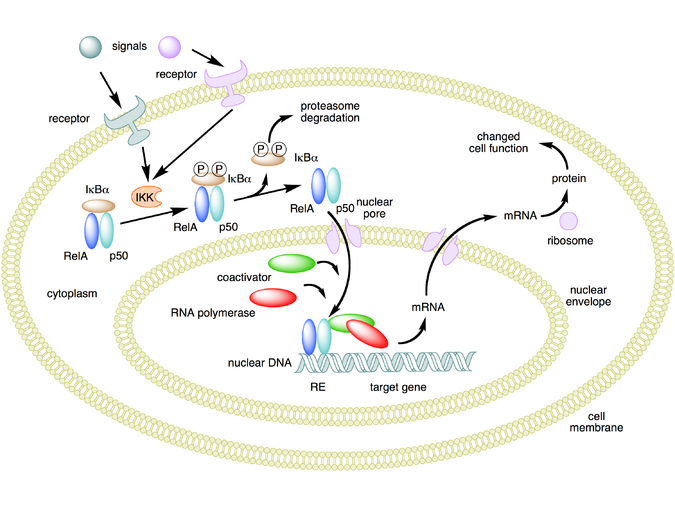 NF-κB was discovered by Ranjan Sen (NIH) in the laboratory of Nobel Prize winner David Baltimore through its interaction with the 11 base pair sequence in the immunoglobulin light chain enhancer in B cells. Nuclear factor-kB (NF-kB) is an important nuclear transcription factor in cells. It participates in the body's inflammatory response, immune response, regulates apoptosis, stress response, and excessive activation of NF-kB, and is associated with many human diseases such as rheumatoid arthritis, inflammation of the heart and brain diseases, etc. Inhibition of the NF-kB signal transduction pathway may be a therapeutic approach. The N-terminus of NF-kB molecule contains a Rel homology domain, which participates in DNA binding and participates in dimerization, and can be bound and inhibited by NF-kB inhibitor (TeB); nuclear export domain is also contained in NF-kB molecule. The nuclear localization domain, the translocation active domain, and the like have a trans-transcription activation domain at the C-terminus. The p50/p65NF-KB can specifically bind to the target gene promoter immunoglobulin k light chain gene transcription enhancing sequence (kB sequence). The RelA/c-Rel dimer binds to other sequences of the target gene promoter.

Members of the NF-κB family have structural homology to the retroviral oncoprotein v-Rel and are therefore classified as NF-κB/Rel proteins.

The NF-κB1 is a protein encoded by the NFKB1 gene in humans. The gene encodes a 105 kD protein that can be co-translated with the 26S proteasome to produce a 50 kD protein. The 105 kD protein is a Rel protein-specific transcriptional inhibitor, and the 50 kD protein is the DNA-binding subunit of the NF-κB (NF-κB) protein complex. NF-κB is a transcription factor that is activated by a variety of intracellular and extracellular stimuli, such as cytokines, free radicals, ultraviolet radiation, and bacterial or viral products. Activated NF-κB translocates into the nucleus and stimulates expression of genes involved in a variety of biological functions. Under certain conditions, more than 200 known genes are targets for NF-κB in various cell types. Improper activation of NF-κB is associated with many inflammatory diseases, and continued inhibition of NF-κB results in poor cell development or delayed cell growth 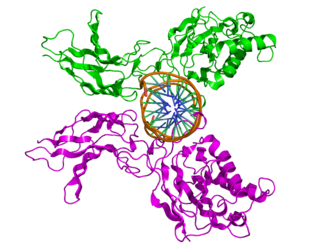 Figure 2. Top view of the crystallographic structure (PDB: 1SVC​) of a homodimer of the NFKB1 protein

The NF-κB2 is a protein that in humans is encoded by the NFKB2 gene, which has been detected in numerous cell types that express cytokines, chemokines, growth factors, cell adhesion molecules, and some acute phase proteins in health and in various disease states. 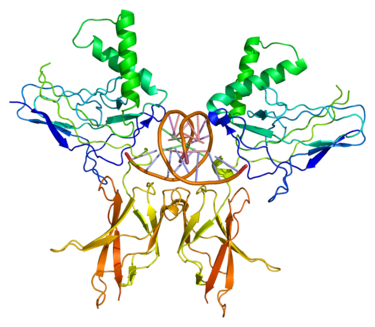 Figure 3. Structure of the NFKB2 protein.

When the inflammatory factor tumor necrosis factor a/interleukin-1/phorbol ester/lipopolysaccharide binds to related receptors, it causes the latter to change its configuration, which in turn activates IkBa kinase, which phosphorylates IkBa and then ubiquitin ligase. The ubiquitination by P-TrCP can be recognized and degraded by the 26S proteasome. Thus, NF-kB is released from the cytoplasmic NF-kB/IkBa complex, activates and exposes the nuclear localization domain, forms a p50/RelA dimer, rapidly undergoes nuclear translocation, and reacts with the target gene by the p50 subunit. The binding of the elements, thereby initiating target gene expression such as tumor necrosis factor a and interleukin-1, can peak the activity level of the NF-kB signaling pathway in the cell in about 5 minutes. Protein kinase G/protein kinase C also activates 1kBa kinase, NF-kB.

Under the induction of tumor necrosis factor receptor TNFR family ligands, such as CD40L, B cell tumor necrosis factor activating factor, etc., the corresponding receptors are activated to promote NF-kB-induced mitogen protein kinase activation, and then protein Phosphorylation of IKKa, which in turn phosphatizes NF-KBp100, forms a p52/RelB heterodimer of NF-eB, which in turn phosphorylates NF-eBp105 to form NF-kBp50/RelB heterodimerization. The body enters the nucleus to regulate the transcription of the target gene. CD40L, and so on, also activates the classical pathway of activation of the NF-kB signaling pathway.

NF-κB is widely used as a regulator of genes regulating cell proliferation and cell survival by eukaryotic cells. Thus, many different types of human tumors have NF-κB dysregulation: that is, NF-κB has constitutive activity. Active NF-κB opens up gene expression that keeps cells proliferating and protects cells from diseases that may cause their death through apoptosis. In cancer, mutations or abnormal expression of proteins that control NF-κB signaling result in poor coordination between malignant cells and the rest of the organism. This is evident in metastasis and the inability of the immune system to effectively eradicate tumors. When normal cells are removed from their tissues, or when their genomes are unable to coordinate with tissue function, they die: these events depend on feedback regulation of NF-κB and cause cancer failure.

2. Venuraju SM.; et al. Osteoprotegerin as a predictor of coronary artery disease and cardiovascular mortality and morbidity. Journal of the American College of Cardiology. 2010, 55 (19): 2049–61.