DNA is one of the four kinds of biological macromolecules contained in biological cells. DNA carries the genetic information necessary to synthesize RNA and proteins, and is an essential biological macromolecule for the development and normal operation of organisms. DNA is a large polymer of deoxynucleotides. Deoxynucleotides are composed of bases, deoxyribose, and phosphate. There are four types of bases: adenine (A), guanine (G), thymine (T) and cytosine (C). In the DNA molecular structure, two polydeoxynucleotide strands are coiled around a common central axis, forming a double helix structure. The deoxyribose-phosphate chain is on the outside of the helix and the base is on the inside. The two polydeoxynucleotide strands are complementary in opposite directions, and are connected by base pairing formed by hydrogen bonding between bases to form a fairly stable combination. 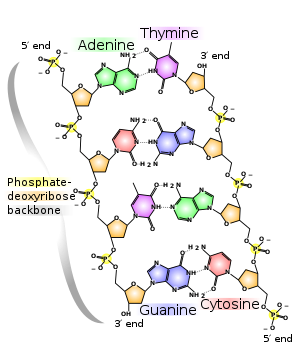 Deoxyribonuclease (DNase, DNase for short) is an enzyme that catalyzes the hydrolysis and cleavage of phosphodiester bonds in the DNA backbone, thereby degrading DNA. Deoxyribonuclease is a nuclease, a general term for enzymes capable of hydrolyzing the phosphodiester bond of linked nucleotides. A variety of deoxyribonucleases are known which differ in substrate specificity, chemical mechanism and biological function. Deoxyribonuclease is a specific DNA hydrolase that hydrolyzes double-stranded DNA under neutral pH conditions such as the presence of divalent metal ions such as Ca2+ and Mg2+ to fragment DNA. For decades, DNase has been used in patients with cystic fibrosis (CF) to break down free uncoiled spiral DNA in pus to enhance sputum clearance. Patients with atelectasis caused by sputum plugs cannot be improved by conventional anti-infection and nebulization inhalation treatments. Local perfusion treatment of DNase has also shown good clinical effect. In addition, some studies have also shown that local injection of DNase is a safe and effective treatment for patients with parapleural pleural effusion, especially those with complex pneumonia.

Application of DNAse in lung infection

Cystic fibrosis is a chromosomal recessive genetic disease that affects the lungs. Repeated infection of the respiratory tract is one of its main features. The sticky sputum that is difficult to remove promotes the colonization of microorganisms and chronic inflammation. Causes damage to lung tissue. Extracellular DNA (eDNA) is one of the main causes of abnormal viscosity of CF sputum, which is derived from inflammatory cells, especially apoptotic neutrophils and necrotic lung tissue. Although DNase does not have a direct anti-inflammatory effect, it can cleave eDNA and reduce sputum viscosity. Bronchial lavage combined with local use of DNase to reopen affected bronchial tubes can reduce antibiotic treatment time, intensity and length of hospital stay.

Effect of DNAse on bacterial biofilm

In addition to reducing the viscosity of sticky sputum, DNAse can provide additional benefits, including the breakdown of bacterial biofilms. Studies have shown that many common bacteria such as Acinetobacter baumannii, Streptococcus pneumoniae, and Pseudomonas aeruginosa can form biofilms. Biofilms are natural forms of growth in their habitats that promote the growth of pathogens by providing a stable and protected environment, and exhibiting inherent resistance to antibiotics and host immune attack. The matrix of bacterial biofilms contains a complex mixture of large molecules, Including polysaccharides, proteins, eDNA. eDNA promotes the formation of a variety of bacterial biofilms. Streptococcus pneumoniae with a high biofilm formation index has a complex structure and is more resistant to azithromycin. In vitro experiments show that DNase cannot directly kill bacteria, but it can inhibit biofilm formation, reduce biofilm biomass, and delay its growth.