Nucleoplasm isolated from the nucleus of eukaryotic cells was first discovered by Laskey et al. In 1978 in the extract of Xenopus eggs. Nucleoproteins are synthesized in the cytoplasm and then transported to the nucleus through nuclear localization signals. They are a rich nucleoprotein that play a role in the assembly of nucleosomes. Similar to the cytoplasm of a cell, the nucleus contains nucleoplasm, also known as karyoplasm, or nucleus sap. The nucleoplasm is a type of protoplasm, and is enveloped by the nuclear envelope (also known as the nuclear membrane). The nucleoplasm includes the chromosomes and nucleolus. Many substances such as nucleotides (necessary for purposes such as DNA replication) and enzymes (which direct activities that take place in the nucleus) are dissolved in the nucleoplasm. The soluble, liquid portion of the nucleoplasm is called the nucleosol or nuclear hyaloplasm. 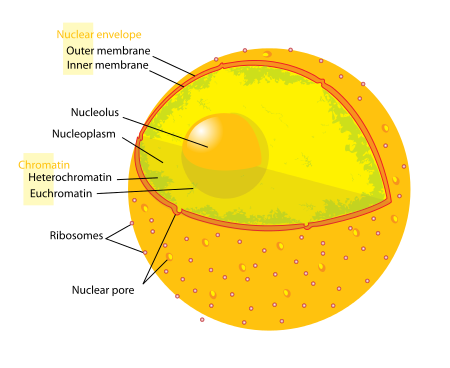 Figure 1. The protoplasmic material of the nucleus including the nucleolus labelled as nucleoplasm.

Bacterial cells have a primitive nucleus, no nuclear membrane, no nucleoli, and simple structure. In order to be different from the typical nucleus in eukaryotic cells, they are called nuclear regions, nucleoids, or primitive nuclei. form nucleus), also known as bacterial chromosomes. The E. coli genome is a double-stranded, circular DNA molecule that exists in the cell in the form of a densely packed, irregular body called a pseudonucleus. E. coli has a body length of 1 to 2 μm, and its DNA length is 1100 μm, which is equal to 1000 times that of the bacteria. Due to the high degree of folding, the pseudonuclei only occupy a small part of the bacterial cells. What it sees under an electron microscope is a transparent, non-pigmentable fibrous area, which can take on a variety of shapes through special staining and can be seen under an optical microscope. Prokaryotes carry all the genetic information of bacteria. Its function is to determine hereditary traits and transmit genetic information. It is an important genetic material. Prokaryotic cells do not have a nucleus like eukaryotic cells, but have filamentous DNA molecules in an area within the cell, but there is no nuclear envelope surrounding this area. Here is the place where genetic material is stored and replicated. The function of the nucleus is therefore called a pseudonucleus. The advanced structure of DNA in prokaryotic cells is mainly due to three aspects: the supercoil of DNA itself, the extrusion of external macromolecules, and the interaction of nucleoid-associated proteins (NAPs).

The role of nucleoplasm is to promote the interaction between histone and DNA to form nucleosomes, and to prevent the formation of non-specific binding insoluble polymers due to strong electrostatic attraction between DNA and histones, but it does not participate in the nucleus itself. Body composition. Nucleoprotein has two different domains, which are composed of 5 monomers and has a molecular weight of 165kDa. It is a heat-resistant soluble protein. The tail has a nuclear localization signal. In vitro experiments have shown that as long as there is a tail structure, all the head can be brought into the nucleus.