The ectoderm is the outermost layer of embryos in the embryo. The primitive ectoderm forms the mesoderm in the process of neuroblast formation (the beginning of the formation of the nervous system). 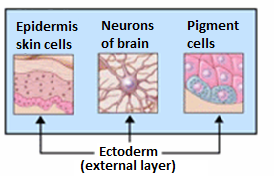 The ectoderm of the gastrula is composed of cells at the extreme end of the animal that coats the surface of the embryo. The endoderm is composed of cells that are trapped in the blastocyst, and the mesoderm is located between the inner and outer ectoderm. These three germ layers continue to develop and undergo tissue differentiation, organ formation, and finally form a complete larva. 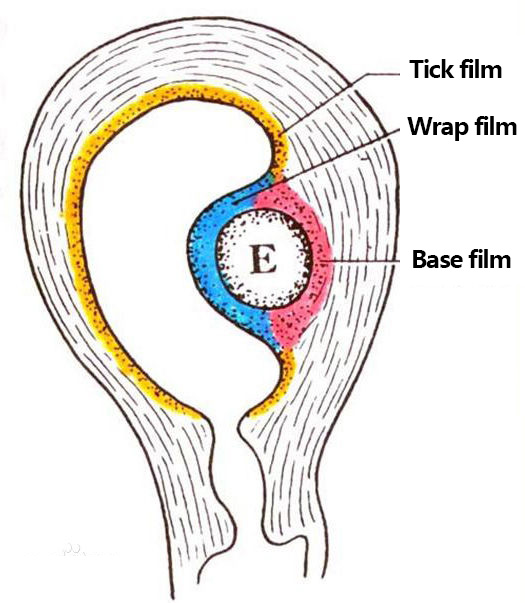 The fertilized egg is divided into many small cells by cleavage, and these hollow spheres composed of small cells are called blastocysts. The blastocyst cells migrate and transform to form the gastrula, which is composed of three layers of cells: ectoderm, mesoderm, and endoderm. The pluripotent state that cells first form in the primitive ectoderm cells of blastocyst stage embryos is lost in subsequent development. Now, scientists have discovered that advanced post-implantation ectoderm cells from mouse embryos that have been formed for up to 7.5 days can be reprogrammed back to pluripotent states by exposure to LIF/STAT3 signaling. They found concomitant changes in the transcriptome (the entire mRNA in the cell) that led to the loss of phenotypic and epigenetic memory found in ectodermal cells. Cells reprogrammed in this way form somatic and germ cells of silver carp, unlike ectodermal stem cells that are self-renewing. This work provides a model for studying how signal function and epigenetic reprogramming can facilitate the regain of pluripotency.

Ectodermal dysplasia syndrome is a relatively rare congenital disorder. A prominent clinical feature of this disease is elevated summer temperature and prone to heat stroke, which is prone to thermal convulsions in infants and young children. So, what happens to children with ectodermal dysplasia syndrome? Ectodermal dysplasia syndrome is a disease associated with genetic factors, and the incidence of males is significantly higher than that of females. Defects in the development of the ectoderm, involving the skin and its accessory structures such as the teeth and eyes, or affecting the central nervous system. The disease is clinically divided into two types, sweat type and sweat type, with severe sweating symptoms. Because the ectodermal development defect affects the skin and cannot regulate body temperature, the body temperature rises in summer, and the symptoms are very similar to those of heat syndrome. At the same time, the child also showed dysplasia of the nails, rough deck and central depression. Because the sweat glands and sebaceous glands are less than normal people, the skin is thin and dry. In addition, there are symptoms such as thin hair and dry cornea. The disease is due to congenital ectodermal defects, so there is no effective treatment. For children with high body temperature in summer, give a cool environment to prevent high fever.