Quality control of proteins and mitochondria in organisms is essential for maintaining basic cell viability. Protein homeostasis in cells is mainly maintained through the coordinated operation of the chaperone protein system and two proteolytic systems, namely the ubiquitin-proteasome system and the autophagy-lysosomal system. As a cell's energy and metabolic center, mitochondria have relatively independent quality control systems, including molecular-level oxygen free radical scavenging systems, molecular chaperone protein systems and protease systems, and organelle-level fusion/division mechanisms and mitochondrial autophagy mechanisms. Imbalance of protein homeostasis and mitochondrial dysfunction are important factors in the occurrence of aging and aging-related diseases. The occurrence of the two may be a cause and effect. 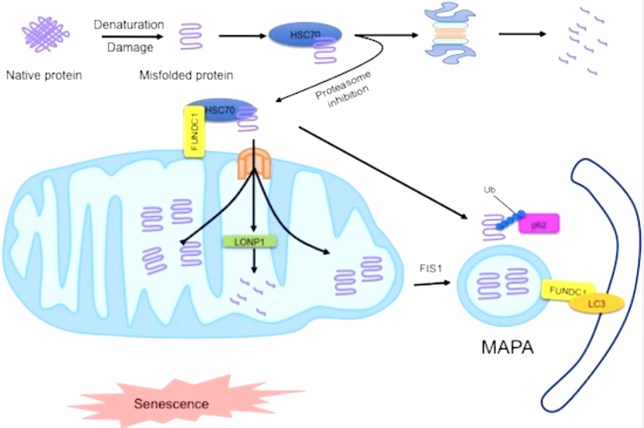 Mitochondria and their functions

Mitochondria are two-layer membrane-coated organelles that are found in most cells. They are structures that make energy in cells. They are the main place for cells to perform aerobic respiration. They are called "power houses". Its diameter is around 0.5 to 1.0 microns. Except for amoeba, Giardia lamblia, and several microsporidia, most eukaryotic cells have more or less mitochondria, but they each have mitochondria in terms of size, number, and appearance. They are all different. Mitochondria have their own genetic material and genetic system, but their genome size is limited and they are a semi-autonomous organelle. In addition to energizing cells, mitochondria also participate in processes such as cell differentiation, cell information transmission, and apoptosis, and possess the ability to regulate cell growth and cell cycle. 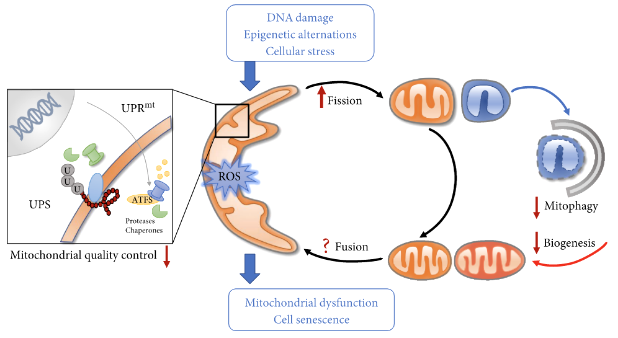 Figure 2. Unbalanced mitochondrial dynamics and turnover during aging. Mitochondrial homeostasis is maintained by a series of protective mechanisms. (https://doi.org/10.1155/2019/9825061) 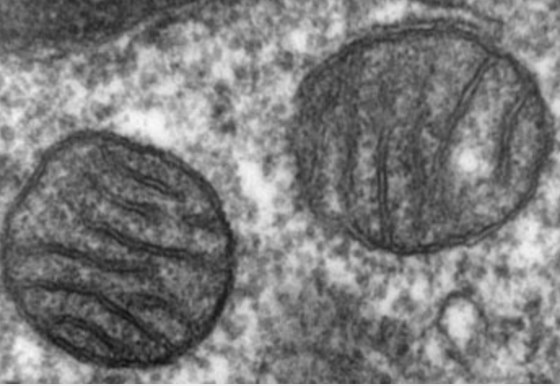 Figure 3. An electron microscope image of two mitochondria, with the characteristic folds and creases of this organelle (From https://study.com/academy/lesson/mitochondrial-protein-synthesis.html)

Mitochondrial proteins have limited ability to synthesize, and a large number of mitochondrial proteins are synthesized in the cytoplasm and transported to the mitochondria. These proteins exist as unfolded precursors before transport, and the molecular chaperones bound to them keep the precursor protein in an unfolded state. Usually a signal sequence at the N-terminus of the precursor protein is called leader peptide, leader peptide, or transit peptide. After the completion of the transfer, it is cut off by the signal peptidase to become a mature protein. This phenomenon is called Post-translation.

The characteristics of the mitochondrial precursor protein signal sequence are: ①Mostly located at the N-terminus of the peptide chain, consisting of about 20 amino acids; ②No negatively charged amino acids, forming an amphoteric alpha helix, positively charged amino acid residues and no The charged hydrophobic amino acid residues are located on both sides of the helix, which is believed to be related to the recognition of translocation factors. ③There is no specific requirement for the protein being pulled. Non-mitochondrial proteins connected to such signal sequences will also be transported to Mitochondria. In addition, some signal sequences are located inside the protein and will not be excised after completing the transfer, and some signal sequences are located at the C-terminus of the precursor protein, such as mitochondrial DNA helicase Hmil.