Caspase is called cysteinyl aspartate specific proteinase. Caspase is a group of proteases with similar structure in the cytoplasm. Caspase is closely related to eukaryotic cell apoptosis, and is involved in cell growth, differentiation and apoptosis regulation. The Caspase family belongs to cysteine proteases, equivalent to ced-3 in nematodes, and has a high degree of homology. These proteases have the following characteristics: ①Substrate is always cut off after aspartic acid, so it is named caspase (cysteine aspartate-specific protease). ②Enzyme activity depends on the nucleophilicity of cysteine residues. ③It usually exists in the form of zymogen, which is a heterotetramer composed of two large and two small subunits. The large and small subunits are encoded by the same gene. After activation, the precursor is cleaved to produce two active subunits. These proteases are key enzymes that cause apoptosis. Once the signal transduction pathway is activated, caspase is activated, followed by a cascade of apoptotic proteases. Enzymes in the cell are activated, which can degrade important proteins in the cell, eventually causing the cell to irreversibly move towards apoptosis. 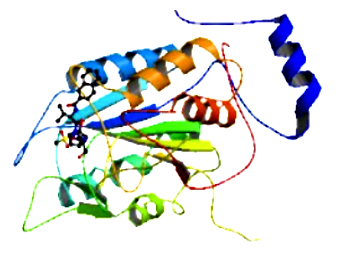 The molecular mechanism of Fas-induced apoptosis has been studied in depth. Among them, protein kinases are well known for Caspase's orderly death of cells. In mammalian cells, Caspase promotes mitochondria-dependent and mitochondrial-independent pathways to promote cell death. 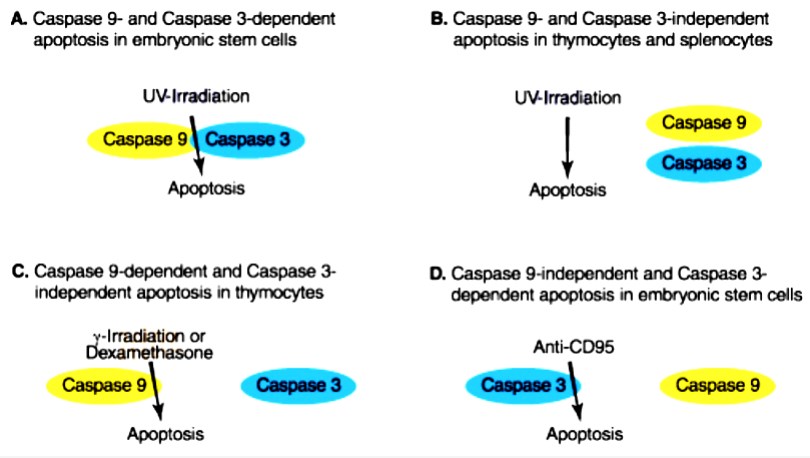 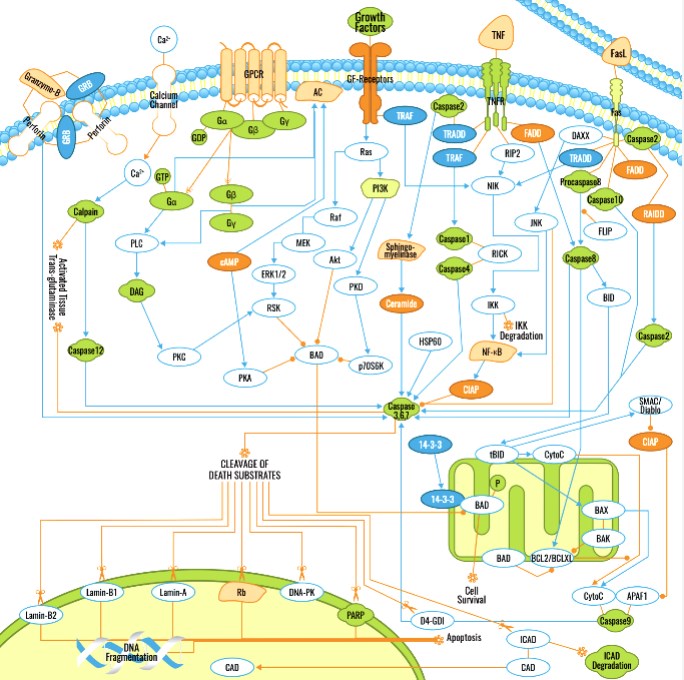 Apoptosis is a programmed biochemical process of cell self-destruction, which usually takes 30 to 60 minutes. It is an important life phenomenon in multicellular organisms, that is, it occurs in the development of individuals and also in normal physiological states or diseases. Under certain physiological or pathological conditions, it follows its own procedures and ends the process of life itself. Finally, the cells shed or lysed into several apoptotic bodies and were engulfed by other cells. Apoptosis usually works through the protease Caspases to mediate protein cleavage. Because the Caspase family proteases have two major characteristics of cysteine proteases and specific digestion of aspartic acid sites, they are also known as the Caspase protease family. Morphological changes include DNA fragmentation, chromatin condensation, and cell wrinkling. Shrinkage, mitochondrial swelling, and the formation of apoptotic bodies, whose end is marked by the apoptotic bodies being engulfed. Apoptosis is induced by the complex interaction of internal and external multiple factors, which is transmitted to Caspase. Death receptors and mitochondria process external harmful stimuli or death signals to determine whether to initiate the apoptotic pathway. It starts with Caspase activation, ends with protein substrate lysis, and ends with cell disintegration, thereby completing apoptosis. 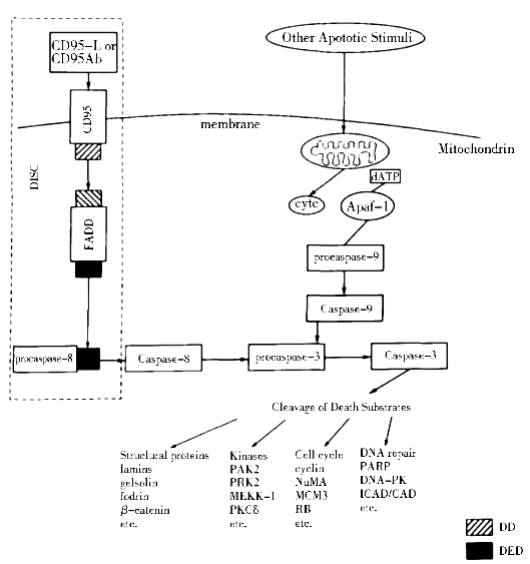 Many agents are said to activate intracellular caspase, including chemotherapeutic drugs, TNF receptor agonists, and other enzymes such as granzyme B. In addition to direct activation by other enzymes, activation of caspase by small molecules, TNF ligands, and antibody agonists is indirect, and a complete elucidation of these pathways requires further study. The development of directly targeted drugs, particularly caspase activation and apoptosis in cancer cells, is a strategy currently being used in oncology.