Integrins are transmembrane receptors that promote cell-extracellular matrix (ECM) adhesion. After ligand binding, integrin activates signal transduction pathways that mediate cellular signaling, such as regulation of the cell cycle, organization of intracellular cytoskeleton, and movement of new receptors into the cell membrane. The presence of integrins allows for a rapid and flexible response to cell surface events such as signaling platelet priming and clotting factor interactions. There are many types of integrins, and the surface of one cell may have many different types. Integrins were found in all animals, while integrin-like receptors were found in plant cells. Integrins work in concert with other receptors such as cadherins, immunoglobulin superfamily cell adhesion molecules, selectins and synthetic polysaccharides to mediate cell-cell and cell-to-matrix interactions. Integrins include fibronectin, vitronectin, collagen and laminin. 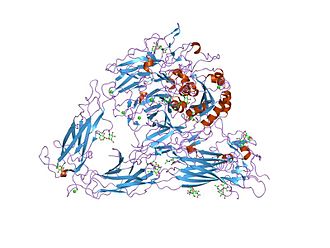 Figure 1. Structure of the extracellular segment of integrin alpha Vbeta3 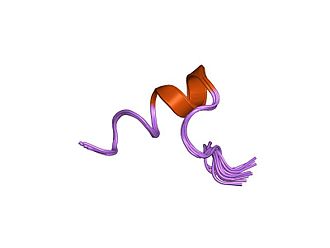 The integrin subunit spans the cell membrane and has a short cytoplasmic domain of 40-70 amino acids. An exception is the beta-4 subunit, which has a cytoplasmic domain of 1,088 amino acids and is the largest of all membrane proteins. Outside the cell membrane, the alpha and beta chains are brought together along a length of about 23 nm; the last 5 nm N-terminus of each strand forms the ligand binding region of the ECM. They are likened to lobster claws, and although they do not actually "pinch" the ligands, they chemically interact with them inside the "tip" of the "pliers." The molecular weight of the integrin subunit can vary from 90 kDa to 160 kDa. The beta subunit has four cysteine-rich repeats. Both the alpha and beta subunits combine several divalent cations. The role of divalent cations in the alpha subunit is not known, but the folding of the protein can be stabilized. The cations in the beta subunit are more interesting: they are directly involved in at least some of the ligands that the ligand integrin binds. 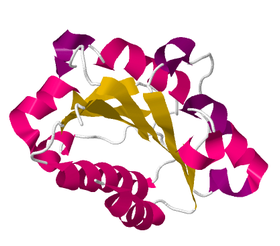 When released into the cell membrane, it was speculated that the newly synthesized integrin dimer was found in the same "bent" conformation revealed by the above structural study. One school believes that this form of bending prevents them from interacting with their ligands, although the curved form may predominate in the high-resolution EM structure of integrins that bind to ECM ligands. Thus, at least in biochemical experiments, integrin dimers apparently cannot be "unbent" to prime them and bind them to ECM. In cells, priming is accomplished by the protein talin, which binds to the beta tail of the integrin dimer and alters its conformation. Both alpha and beta integrin chains are class I transmembrane proteins: they pass through the plasma membrane as a single transmembrane alpha helix. Unfortunately, these helices are too long, and recent studies have shown that for the integrin gpIIbIIIa, they are tilted relative to each other and to the plane of the membrane. The Tallinn combination alters the tilt angle of the β3 chain transmembrane helix in the model system, which may reflect a phase in the signal transduction process from the inside out, which triggers integrins. In addition, the Tallinn protein is capable of dimerization and is therefore believed to interfere with the aggregation of integrin dimers, which leads to the formation of focal adhesions. Recently, the Kindlin-1 and Kindlin-2 proteins were also found to interact with integrins and activate it.

Attachment of the cell to the ECM.

Signal transduction from the ECM to the cell.

However, they are also involved in a wide range of other biological activities, including immune patrols, cell migration, and the binding of certain viruses (such as adenovirus, echovirus, hantavirus, and foot-and-mouth disease virus) to cells.

A significant function of integrin can be seen in the molecule GPIIbIIIa, which is an integrin on the surface of platelets (platelets) responsible for binding to fibrin in the blood clot that is forming. By associating platelets with collagen exposed to the wound site, the molecule greatly increases its binding affinity for fibrin/fibrinogen. When platelets are associated with collagen, GPIIbIIIa changes shape to combine with fibrin and other blood components to form a clot matrix and stop blood loss.