The signal transduction pathway is a cell in which various signal transduction molecules recognize and interact with each other, and convert and transmit signals to form a signal transduction pathway. When the external environment changes, single-celled organisms can respond directly, and multicellular organisms transmit information through complex signal transmission systems, thereby regulating body activities. Conduction methods include direct contact between adjacent cells, and cells secrete various chemicals to regulate other cell metabolism and functions. The general steps of transmembrane signal transduction include: specific cells release information substance, the cell material reaches the target cell through diffusion or blood circulation, and specifically binds to the target cell receptor, the receptor converts the signal and starts the intracellular messenger system Target cells produce biological effects. 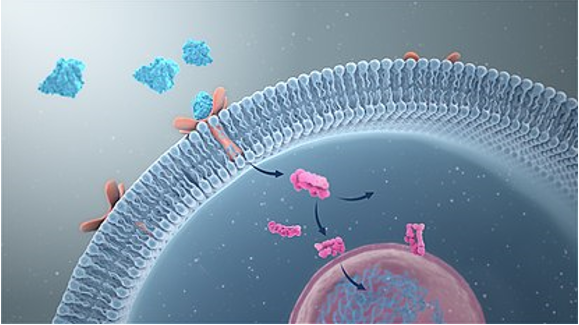 The Akt pathway or PI3K-Akt pathway is a signal transduction pathway that promotes extracellular signal survival and growth. Key proteins include PI3K (phosphatidylinositol 3-kinase) and Akt (protein kinase B). Initial stimulation of growth factors causes activation of cell surface receptors and phosphorylation of PI3K. Activated PI3K then phosphorylates lipids on the plasma membrane to form a second messenger phosphatidylinositol (3,4,5) -triphosphate (PIP3). Akt is a serine / threonine kinase that is recruited to the membrane by interacting with these phosphoinositide docking sites and can therefore be fully activated. Activated Akt mediates downstream reactions by phosphorylating a range of intracellular proteins, including cell survival, growth, proliferation, cell migration, and angiogenesis. This pathway is present in all cells of higher eukaryotes and is highly conserved. This pathway is highly regulated by a variety of mechanisms, often involving crosstalk with other signaling pathways. Problems mediated by the PI3K-Akt pathway may lead to increased signaling activity. This is related to a range of diseases such as cancer and type 2 diabetes. The main antagonist of PI3K activity is PTEN (phosphatase and tensin homolog), which is a tumor suppressor that is frequently mutated or lost in cancer cells. Akt can phosphorylate up to 100 different substrates, which can have a wide range of effects on cells.

Figure 2. Activation of the PI3K-Akt Pathway by a Receptor Tyrosine Kinase.

The Notch signaling pathway is a highly conserved system found in many multicellular organisms. Mammals are known to express four different gap receptors, termed Notch1, Notch2, Notch3 and Notch4. Notch signaling is critical in a variety of developmental processes, including neurogenesis, myogenesis, angiogenesis, regulation of hematopoiesis and epithelial to mesenchymal transition, and tissue homeostasis. A gap receptor is a transmembrane protein composed of a large extracellular domain that reversibly binds to the extracellular domain of Notch in a calcium-dependent manner. Abnormal Notch signaling leads to important signaling events that promote cancer development and autoimmune diseases. 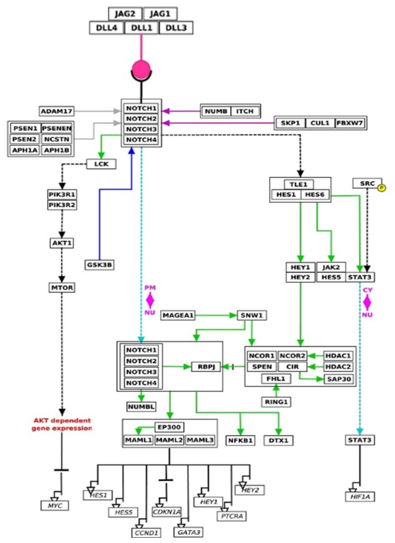 Compared with other signal pathways, the transmission process of the JAK-STAT signal pathway is relatively simple. The signal transmission process is as follows: The binding of cytokines to the corresponding receptor causes the dimerization of the receptor molecule, which makes the JAK kinases coupled to the receptor close to each other and is activated by interactive tyrosine phosphorylation. After JAK activation, tyrosine residues on the catalytic receptor undergo phosphorylation modification, and these phosphorylated tyrosine sites form a "docking site" with the surrounding amino acid sequence. STAT proteins were recruited to this "berthing site". Finally, the kinase JAK catalyzes the phosphorylation of the STAT protein bound to the receptor, and the activated STAT protein enters the nucleus as a dimer to bind to the target gene and regulate gene transcription. It is worth mentioning that one JAK kinase can participate in the signal transduction process of multiple cytokines, and one cytokine signal pathway can also activate multiple JAK kinases, but cytokines have certain choices for activated STAT molecules. Sex. For example, IL-4 activates STAT6, while IL-12 specifically activates STAT4. 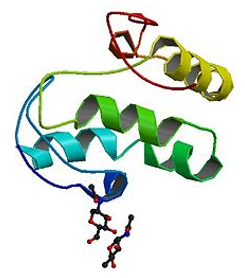 Figure 5. Crystal protein structure of Wnt8 and the cysteine-rich domain of Frizzled 8.