Nuclear pore is a pore on the boundary membrane between the nucleus and the cytoplasm, but the nuclear membrane is not connected, and there are many small holes on it. This is called a nuclear pore. 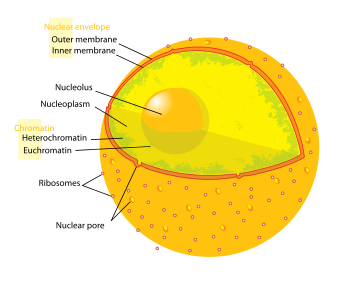 Those that can pass through the pores are:

mRNA, tRNA, protein, enzyme. Because mRNA is formed in the nucleus, and proteins are synthesized in the cytoplasm, mRNAs need to come out, as do tRNAs.

Those that can pass through the nuclear membrane are: 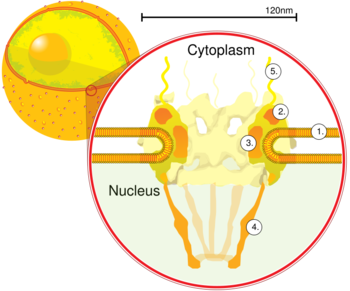 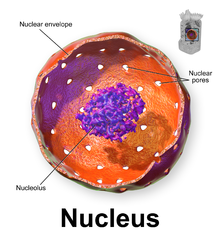