Other in Apoptosis Proteins

Other in Apoptosis Proteins

Apoptosis is a form of programmed cell death that occurs in multicellular organisms. Biochemical events lead to characteristic cellular changes (morphology) and death. These changes include blistering, cell shrinkage, nuclear fragmentation, chromatin condensation, chromosomal DNA fragmentation, and overall mRNA decay. Adults lose an average of 5 to 70 billion cells per day due to apoptosis. For ordinary human children between the ages of 8 and 14, there are about 20 to 30 billion cell deaths per day. Necrosis is a form of traumatic cell death caused by acute cellular damage. In contrast, apoptosis is a highly controlled process that has an advantage in the life cycle of an organism. For example, finger and toe separation occurs in developing human embryos due to apoptosis between cells between the fingers. Unlike necrosis, apoptosis produces cell debris called apoptotic bodies, which phagocytose and remove the contents of the cells, then spill over onto surrounding cells and cause damage.

Because apoptosis cannot stop once it begins, it is a highly regulated process. Apoptosis can be triggered by one of two pathways. In the intrinsic pathway, cells kill themselves by sensing cellular stress, while in the external pathway, signals from other cells kill the cells. A weak external signal may also activate the intrinsic pathway of apoptosis. Both pathways induce cell death by activating proteases or enzyme-degrading enzymes caspase. Both pathways activate the promoter caspase, then activate the performer caspase and then kill the cells by indiscriminately degrading the protein.

TNF-α is a cytokine produced primarily by activated macrophages and is a major exogenous mediator of apoptosis. Most cells in the human body have two TNF-α receptors: TNFR1 and TNFR2. Binding of TNF-α to TNFR1 has been shown to initiate pathways leading to caspase activation via the intermediate membrane protein TNF receptor associated death domain (TRADD) and Fas-associated death domain protein (FADD). cIAP1/2 inhibits TNF-α signaling by binding to TNFR2. FLIP inhibits the activation of caspase-8. Binding of this receptor can also indirectly lead to activation of transcription factors involved in cell survival and inflammatory responses. However, signals emanating from TNFR1 may also induce apoptosis in a manner independent of caspase. The link between TNF-α and apoptosis suggests why abnormal production of TNF-α plays a fundamental role in several human diseases, especially autoimmune diseases. The TNF-α receptor superfamily also includes death receptors (DRs) such as DR4 and DR5. These receptors bind to the protein TRAIL and mediate apoptosis. Apoptosis is known to be one of the main mechanisms of targeted cancer therapy. A luminescent quinone complex peptide hybrid (IPH) has recently been designed that mimics TRAIL and binds to death receptors on cancer cells, thereby inducing their apoptosis. 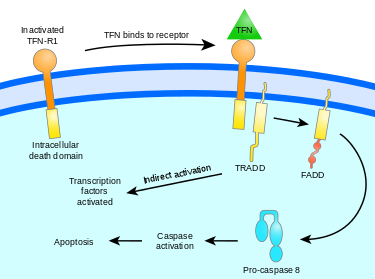 Figure 1. Overview of TNF signalling in apoptosis, an example of direct signal transduction.

The fas receptor (the first apoptotic signal) (also known as Apo-1 or CD95) is a transmembrane protein of the TNF family that binds to fas ligand (FasL). The interaction between fas and FasL results in the formation of a death-inducing signaling complex (DISC) containing FADD, caspase-8 and caspase-10. In certain types of cells (type I), treated caspase-8directly activates other members of the caspase family and triggers the execution of apoptosis. In other cell types (type II), Fas-DISC initiates a feedback loop that helically increases the release of pro-apoptotic factors and activation of caspase-8 in mitochondria. 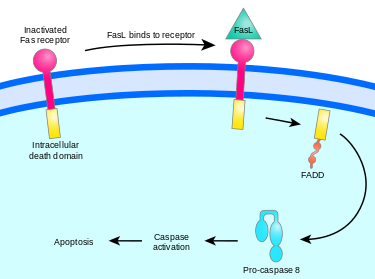 Figure 2. Overview of Fax signalling in apoptosis, an example of direct signal transduction.

The removal of dead cells by adjacent phagocytic cells has been called endocytosis. Dying cells in the final stage of apoptosis display phagocytic molecules, such as phosphatidylserine, on their cell surface. Phosphatidylserine is normally present on the inner leaflet surface of the plasma membrane but is redistributed to the extracellular surface by a protein called scramblase during apoptosis. These molecules label cells with phagocytic ability to have appropriate receptors, such as macrophages. The process by which phagocytic cells remove dying cells is ordered and does not cause an inflammatory response. During apoptosis, the RNA and DNA of the cell are separated from each other and classified into different apoptotic bodies. Isolation of RNA begins with nucleolar separation.

Characterization of caspase enzymes allows the development of caspase inhibitors that can be used to determine whether cellular processes involve active caspase. By using these inhibitors, it was found that the cells can die while exhibiting a morphology similar to apoptosis without activation of caspase. Later studies correlated this phenomenon with the release of apoptosis-inducing factor (Figure 3) in mitochondria and its nuclear transfer through NLS (nuclear localization signaling). In the mitochondria, AIF is fixed on the inner membrane. To be released, the protein is cleaved by a calcium-dependent calpain protease. 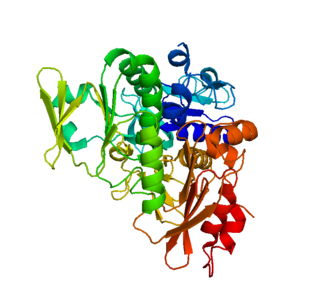