Proteases are a general term for a class of enzymes that hydrolyze protein peptide chains. It is divided into two types, endopeptidase and terminal peptidase, according to the way in which the polypeptide is degraded. The former can cut the large molecular weight polypeptide chain from the middle to form the smaller molecular weight lanthanum and cerium; the latter can be divided into carboxypeptidase and aminopeptidase, which respectively separate the peptide from the free carboxy terminal or free amino terminal of the polypeptide. Chain hydrolysis produces amino acids. 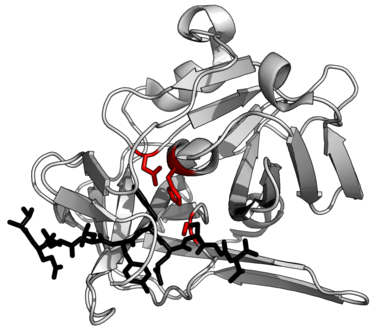 Protease can be divided into endopeptidase and exopeptidase according to the way in which the polypeptide is hydrolyzed. The endopeptidase cleaves the inside of the protein molecule to form a small molecular weight and a sputum. The exopeptidase hydrolyzes the peptide bond one by one from the terminal of the free amino group or the carboxyl group of the protein molecule, and the amino acid is released, the former being an aminopeptidase and the latter being a carboxypeptidase. Protease can be further divided into serine protease, thiol protease, metalloproteinase and aspartic protease according to its active center and optimum pH. According to the optimum pH value of the reaction, it is divided into acid protease, neutral protease and alkaline protease. Protease used in industrial production, mainly endopeptidase.

The role of trypsin is to hydrolyze proteins between cells to discretize cells. Different tissues or cells respond differently to pancreatic enzymes. The activity of trypsin-dispersed cells is also related to its concentration, temperature and duration of action. At pH 8.0 and 37 °C, trypsin solution has the strongest action ability. When using trypsin, you should grasp the concentration, temperature and time to avoid cell damage caused by excessive digestion. Because Ca2+, Mg2+, serum and protein can reduce the activity of trypsin, BSS without Ca2+ and Mg2+ should be used when formulating trypsin solution, such as: D-Hanks solution. When the digestion is terminated, the effect of trypsin on the cells can be stopped by using a serum culture solution or a trypsin inhibitor. 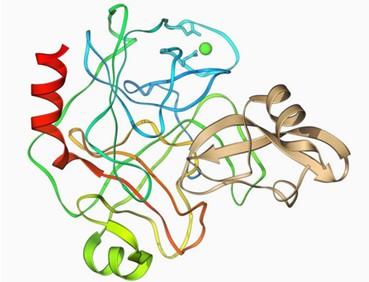 Proteases are the most important industrial enzyme preparations that catalyze the hydrolysis of proteins and peptides and are widely found in animal viscera, plant stems, leaves, fruits and microorganisms. Proteases are used in large quantities in cheese production, meat tenderization and vegetable protein modification. In addition, pepsin, chymotrypsin, carboxypeptidase and aminopeptidase are proteases in the human digestive tract. Under their action, proteins ingested by the human body are hydrolyzed into small peptides and amino acids. The proteases currently used in the baking industry are mold proteases, bacterial proteases and plant proteases. The application of proteases in the production of bread can change the gluten properties, and its action form is different from the effect of the force of the bread preparation and the chemical reaction of the reducing agent. The role of the protease is not to destroy the disulfide bond, but to break the three-dimensional network of gluten. The role of proteases in bread production is mainly reflected in the dough fermentation process. Due to the action of the protease, the protein in the flour is degraded into peptides and amino acids to supply the yeast carbon source to promote fermentation.