E-type cyclins (cyclin E1 and cyclin E2) are expressed at the end of the late G1 to S phase of the cell cycle. The activity of cyclin E limits the passage of cells through the restriction point "R", which marks the "no return point" from the quiescent state to the division cycle or from G1 to the S phase. Cyclin E expression is regulated primarily by members of the E2F transcription factor family and by degradation of the proteasome pathway. Cyclin E binds to and activates the kinase Cdk2 and, by phosphorylating its substrate, causes the cyclic/Cdk2 complex to elicit a series of events leading to the expression of S-phase specific genes. In addition to this specific function as a S-phase entry regulator, cyclin E also plays a direct role in the initiation of DNA replication, control of genomic stability, and centrosome circulation.

Figure 1. Expression of cyclins through the cell cycle.

Most cyclins contain a MRAILL motif at the last amino acid of the cyclin cassette, which has been shown to be an essential structure for interaction with CDKs and CKIs. The amino terminal region of the cyclin box of cyclin E2 also possesses an MRSILL motif, which differs from the MRAILL motif of mammalian cyclin E1 in that it replaces alanine with a serine. However, the cyclin E2 complex was still phosphorylated and bound to p21kip1, indicating activity with the cyclin E2 complex. Like cyclin E1, the carboxy (terminal) end of cyclin E2 has a PEST sequence that acts on protein degradation. Moreover, the threonine at position 392 is located in the corresponding phosphorylation site of CDK. Mutation of the threonine residue of cyclin E2 increases its stability; its similar 380 threonine mutation in cyclin E1 makes it unable to phosphorylate with CDK2, which also increases its stability. The human cyclin E2 protein is located entirely within the nucleus and belongs to a highly conserved family of cyclins that periodically change throughout the cell cycle. Its expression is not detected in the G0 phase, peaks at the G1/S junction, and begins to decline when entering the S phase. 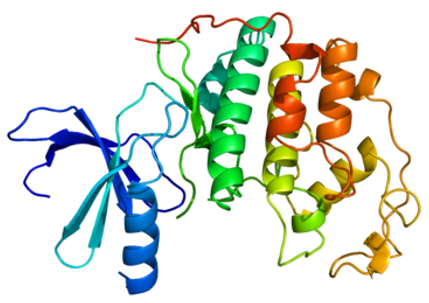 Figure 2. Structure of the CDK2 protein.

Cyclin E1 is a protein encoded by the CCNE1 gene in humans, whose members are characterized by a pronounced periodicity of protein abundance throughout the cell cycle and are all highly conserved cyclin families. Cyclin acts as a modulator of CDK. Different cyclins exhibit different expression and degradation patterns, which contribute to the temporal coordination of each mitotic event. Cyclin E1 forms a complex with CDK2 and functions as a regulatory subunit whose activity is required for cell cycle G1/S transition. The protein accumulates at the G1-S phase boundary and degrades as the cell progresses to the S phase. Overexpression of this gene has been observed in many tumors, which leads to chromosomal instability and may therefore contribute to tumorigenesis. 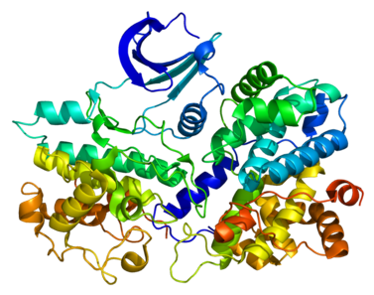 There is increasing evidence that cyclin E2 is not expressed in normal tissues, overexpressing in tumor transformation and cancerous cells, and is positively correlated with the degree of malignancy of the tumor. Therefore, cyclin E2 may have an oncogene role in the pathogenesis of tumors. The study of the role of cyclin E2 in leukemia helps to understand the mechanism of leukemia and provides a theoretical basis for its new target for the treatment of leukemia.