Intracellular chemistry is the second messenger of lipids. Including diacylglycerol, inositol-1,4,5-triphosphate, arachidonic acid, phosphatidic acid and ceramide. Signal transduction is mediated by changes in the receptor's concentration after binding to extracellular ligands. 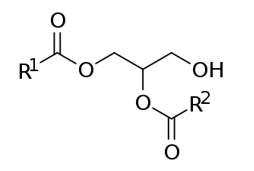 Inositol triphosphate or inositol 1,4,5-triphosphate is abbreviated as InsP3 or Ins3P or IP3 is a signal molecule of inositol phosphate. It is made by phospholipase C (PLC) hydrolysis of phosphatidylinositol 4,5-bisphosphate (PIP2), a phospholipid located on the plasma membrane. Together with diacylglycerol (DAG), IP3 is the second messenger molecule used for signal transduction in biological cells. When DAG stays in the membrane, IP3 can dissolve and diffuse through the cell and bind to the receptor, which is a calcium channel located in the endoplasmic reticulum. When IP3 binds its receptor, calcium is released into the cytoplasm, thereby activating various calcium-regulated intracellular signals.

Arachidonic acid plays an important role as a phospholipid-bound structural lipid in the blood, liver, muscle, and other organ systems. In addition, AA is a biologically active substance of many circulating eicosanoid derivatives, such as prostaglandin E2 (PGE2), prostacyclin (PGI2), thromboxane A2 (TXA2), and leukotriene and C4 (LTC4). Precursor. These biologically active substances have important regulatory effects on lipid protein metabolism, hemorheology, vascular elasticity, leukocyte function, and platelet activation. Arachidonic acid is an important substance for the development of the human brain and optic nerve, and plays an important role in improving intelligence and visual acuity. Arachidonic acid has a series of physiological activities such as esterifying cholesterol, increasing vascular elasticity, reducing blood viscosity, and regulating blood cell function. Arachidonic acid has important effects in preventing cardiovascular diseases, diabetes and tumors. High-purity arachidonic acid is a direct precursor of synthetic twenty-carbon derivatives such as prostaglandins, thromboxanes, and leukotrienes. These biologically active substances have an effect on the human cardiovascular system and immunity. The system plays a very important role. 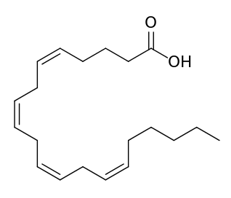 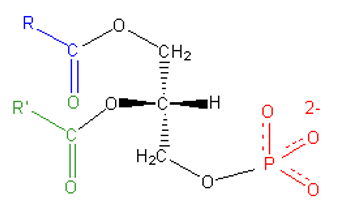 Ceramide is a class of phospholipids based on ceramide, mainly ceramide phosphate choline and ceramide phosphoethanolamine. Phospholipids are the main components of cell membranes. 40% to 50% of sebum in the stratum corneum is composed of ceramide Ceramide is the main part of the intercellular matrix and plays an important role in maintaining the balance of the stratum corneum moisture. Ceramide has a strong ability to associate with water molecules. It maintains skin moisture by forming a network structure in the stratum corneum. Therefore, ceramide has the effect of retaining skin moisture. 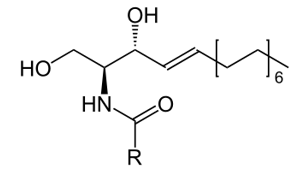