Chromosome is a deoxyribonucleic acid (DNA) molecule that has some or all of the genetic material (genome) of a living being. Most eukaryotic chromosomes contain packaging proteins that bind to DNA molecules and condense with the help of chaperone proteins to prevent them from becoming intractable tangles. Chromosomes are usually visible under light microscopy only when the cells are undergoing a mid-cell division (all chromosomes are arranged in their concentrated form in the center of the cell). Prior to this, each chromosome was replicated once (S phase), and the copy was ligated to the original chromosome by centromere. If the centromere is located in the middle of the chromosome, an X-shaped structure is formed. If the centromere is located near one of the ends, it is a two-armed structure. The original chromosome and its copy are now called sister chromatids. In the medium term, the X-shaped structure is called the metaphase chromosome. In this highly concentrated form, chromosomes are the easiest to distinguish and study. 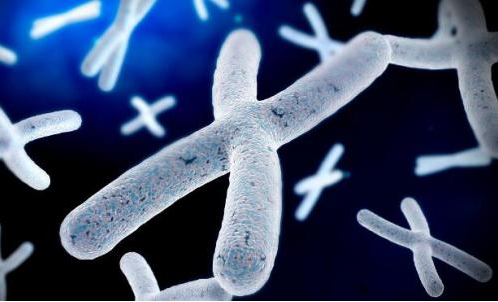 In animal cells, chromosomes reach the highest level of compression in the later stages of the chromosome separation process. Chromosomal recombination during meiosis and subsequent sexual reproduction play an important role in genetic diversity. If these structures are incorrectly manipulated by processes called chromosomal instability and translocation, cells may experience mitotic catastrophe. Typically, this will cause the cell to initiate apoptosis leading to its own death, but sometimes mutations in the cell can impede the process, leading to cancer progression. Some people use the term "chromosome" in a broader sense to refer to an individualized portion of chromatin in a cell that is visible or invisible under a light microscope. Others use the concept in a narrow sense, referring to the various parts of chromatin during cell division, which are visible under an optical microscope due to their high height.

Human chromosomes can be divided into two types: autosomes (somatic chromosomes) and sex chromosomes (heterologous chromosomes). Certain genetic traits are related to a person's gender and are transmitted through the sex chromosome. The autosome thus contains the rest of the genetic information. The autosomal and sex chromosomes are identical in replication, mitosis and meiosis. Human cells have 23 pairs of chromosomes (22 pairs of autosomes and a pair of sex chromosomes), that is, there are 46 chromatids per cell. In addition, human cells have hundreds of mitochondrial chromosome copies. Sequencing of the human genome provides a wealth of information about each chromosome. The following table is based on the genomic data compiled by the Sanger Institute's Human Genome Information in the Vertebrate Genome Annotation (VEGA) database. The number of genes is an estimate because it is based in part on genetic prediction. The total chromosome length is also an estimate based on the size of the unsequenced heterochromatin region. 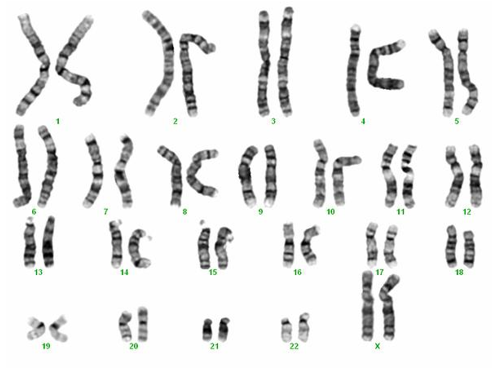